The Florida Police Department, US have confirmed that rapper XXXTentacion has been shot dead in a likely robbery attempt.

According to the Florida Police, the 20-year-old rapper, whose real name was Jahseh Onfroy, was leaving a motorsports store shortly before 4 p.m. when two men in a dark colored SUV shot and killed him in an apparent robbery, said Keyla Concepción, Broward County sheriff department public information officer.

xxxTentacion was immediately rushed to the hospital, where he was confirmed dead.

”Broward County deputies are actively looking for the two men and asking anyone who witnessed the shooting to come forward,” Concepciónsaid.

Footages from the scene of the crime had emerged on social media, showing the rapper lying lifeless in the driver’s seat of his car.

Just minutes before he was killed, X wrote in an Instagram Story: “Planning a charity event for this weekend Florida!”

Tributes and reactions have continued to pour in from fans and colleagues since the confirmation of his death.

R.I.P @xxxtentacion No one can be so self-righteous that they are happy when a youth dies. The young still have the capability to reform. God bless the kids. #xxxtentacion 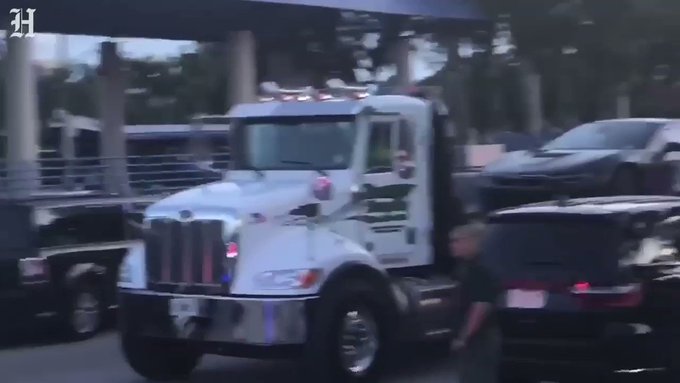 Rapper #xxxtentacion‘s car gets taken away by police #rip

They did kill the hommie man, at 20! #XXXTentacion had some powerful words moments to his death

Breaking News: All 5 first ladies speak out on family separations at border

Soludo set up a 15-man council for truth, equity, harmony in Anambra due to…