The Police on Monday arraigned a 27-year-old woman, Keziah Bature, in a Karu Grade 1 Area Court, Abuja, for allegedly pouring hot pepper water on her neighbour, one  Abigail Akos.

The defendant, who resides at an old chief palace, Karu, Abuja, was arraigned on a count bordering on voluntarily causing grievous hurt, an offence she denied committing.

The prosecutor, Vincent Osuji, told the court that the complainant, Akos of same address with the defendant, reported the matter at Karu Police Station on April 16, at about 4 pm.

“The complainant alleged that the defendant came to her apartment and warned her not to intervene in the matter concerning her and her cousin, Blessing.

“In the course of the confrontation, both the defendant and the complainant fought but were separated by other neighbours. 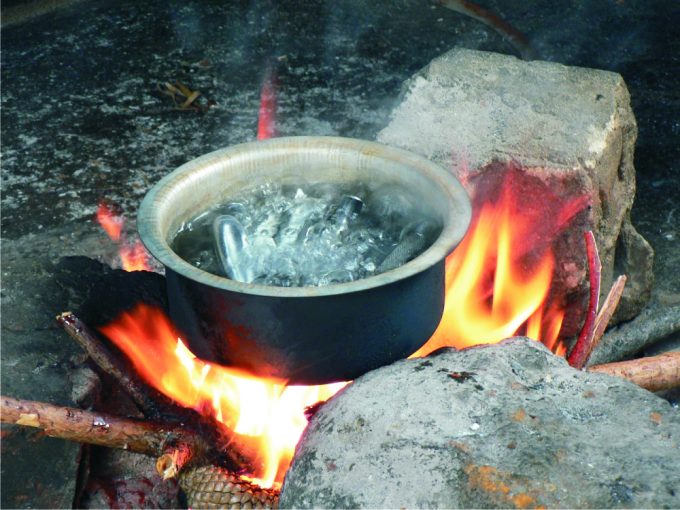 “According to the complainant, surprisingly after few hours of the separation, the defendant came back to her apartment and poured her hot water mixed with pepper.

“As a result of the hot pepper water which she poured all over her body, she was inflicted with serious injuries on her back, front and other sensitive parts of her body, and was rushed to Nigeria Customs Hospital.

“In fact, the complainant is still in critical condition, though undergoing medical treatment, in which hospital bill is yet to be ascertained,” Osuji said.

According to the prosecutor, the offence is contrary to and punishable under Section 247 of the Penal Code.

The judge, Hassan Ishaq, granted the defendant N50, 000 bail, with one surety in like sum and adjourned the case until June 25, for hearing.

The News Agency of Nigeria recalls that the case was first mentioned on April 23, and the defendant remanded in prison custody.

Kwara Poly Student, 23-Year Of Age Remanded For Killing A Police Officer With His Car