Uruguayan club Fenix have been sanctioned by the country’s football association after director Gaston Alegari kicked a chicken that was released onto their pitch in Sunday’s defeat to Racing.

“I’m sorry for the events that happened yesterday. That’s not my way of acting. The situation of the moment led me to react in an unmeasured and inadequate way. I want to publicly apologise for my actions.”

MailOnline’s Matthew Smith reported the animals were let loose on the pitch and painted in Racing’s colours of white and green, “designed as a jab at the ability and attitude of the Racing players”: 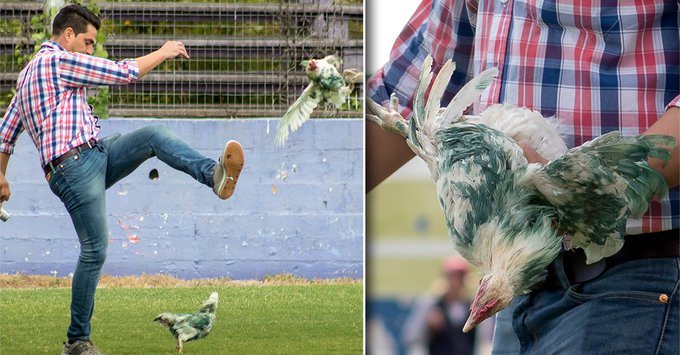 Racing came away from the clash as 1-0 winners after Nicolas Sosa netted in the 85th minute, leaving Fenix 11th in the Primera Division, just one place above Sunday’s victors on goal difference.

Uruguay’s football authorities have ordered that Fenix play one home fixture away from Estadio Parque Capurro in Montevideo as punishment for the debacle.

How To Make A Super Breakfast Smoothie