The health benefits of Cashew fruit are wonderful

Cashew contain zinc, which plays a vital role in the strengthening of the immune system against

It is not the sour sweetness of cashew fruit that makes it sort of special.

Studies have shown that cashew fruit is one of the most nutritious fruits in the world.  The fruit is a powerhouse of protein and minerals that include copper, calcium, magnesium, iron, phosphorus, potassium, and zinc.

It is, however, important to note that cashew fruit juice is now popping up in herbal formulas designed to boost energy and sexual function. In other words, cashew juice enhances sexual performance.

Here are some of the wonderful health benefits of cashew

1. It promotes healthy muscles and nerves

Studies have shown that cashew does not only play an important role when it comes to the development of bones, it is also vital for tissues, muscles, and other organs of the body owing to its good source of magnesium.

In addition, the magnesium contained in it helps facilitates the maintenance of healthy blood pressure, sustain the immune system, maintain nerve functions and keep the bones strong.

However, it is important to highlight that a deficiency of magnesium causes disruption in the metabolism of calcium and the hormones responsible for its regulation.

2. It boosts the immune system

Cashews contain zinc, which plays a vital role in the strengthening of the immune system against microbial infections, protein synthesis, and the healing of wounds.

It is extremely important during pregnancy for the growth of the baby and the developmental years of childhood to maintain a healthy body.

Studies have shown that cashew contains antioxidants like anacardic acids, cardanols, and cardols.  And research has proven that these antioxidants make cashew to be effective for people undergoing treatments for tumour and cancer.

4. It prevents the risk of stroke

Cashews are lower in fat than other popular nuts. It contains an average of 16 grams of fat per 1/4 cup. This fat is mostly unsaturated fatty acids, of which 75 percent is oleic acid, the same type of monounsaturated fat found in olive oil.

However, according to the American Heart Association, cashew can help lower your levels of “bad” cholesterol, or LDL, as well as preventing the risk of stroke and heart attack at the same time when eaten in moderation. 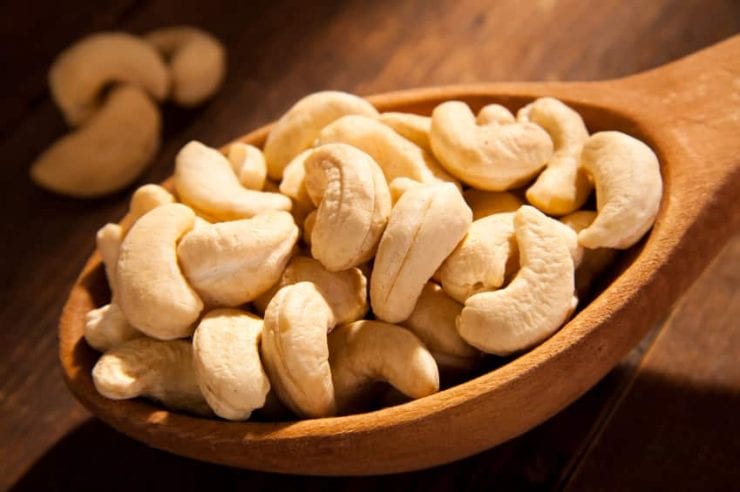 Studies have shown that cashews are a source of dietary iron which is vital for carrying oxygen around the body and aids in the functioning of enzymes and the immune system.

However, it is important to note that a deficiency of iron in the diet can lead to fatigue, anemia, and an increased susceptibility to infections.

As fire destroys machinery and textiles worth millions of Naira in Aba, tailors plead…

Wike Has Invested, Returned So Much, Can’t Dump Party in 2023, according to…