Rapper J Cole arrives Nigeria ahead of his performance

The rapper who has been topping charts worldwide with singles like ”ATM’‘ and ”Kevin’s Heart” off the new project was spotted at the Murtala Muhammed International Airport upon his arrival into the country.

In a tweet posted by the organizers of the event, they announced that, ”He is here”. 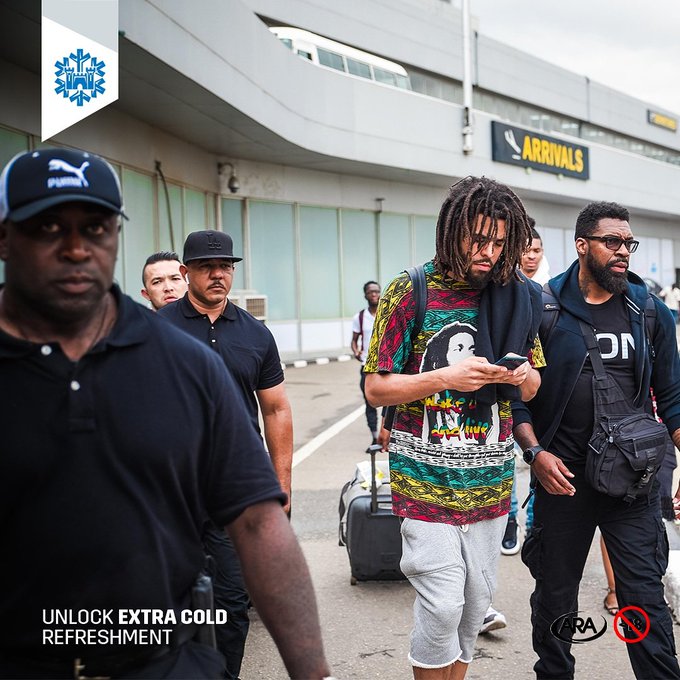 HE IS HERE! J.Cole (@JColeNC) has arrived in Lagos for #CastleLiteUnlocks and Friday can’t seem to come quickly enough! Tickets are still available at http://www.nairabox.com

J Cole is in the country ahead of his performance at the Castle Lite Unlocks concert holding this Friday, 27th April.