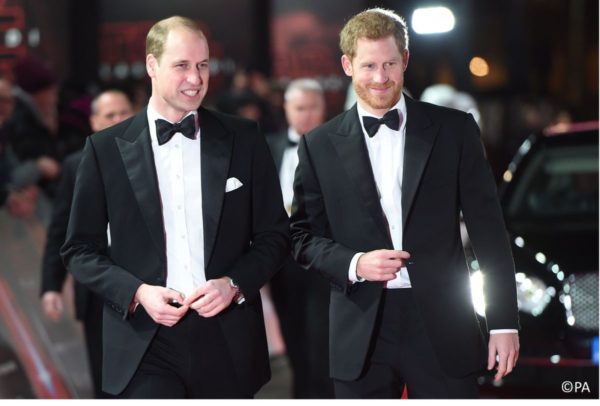 It’s always a sweet thing when brothers love each other.

Prince Harry who is getting married in May to Meghan Markle has asked that his brother Prince William be his best man.

The wedding ceremony is to take place on May 19 at the St. George’s Chapel at Windsor Castle.

Prince Harry has asked his brother The Duke of Cambridge to be his Best Man at his wedding to Ms. Meghan Markle.

Prince Harry served as best man to The Duke of Cambridge at his wedding to Miss Catherine Middleton in 2011.

The Duke of Cambridge is honoured to have been asked, and is very much looking forward to supporting his brother at St George’s Chapel, Windsor on May 19th.

600 guests have been invited to the service and the luncheon, which will be hosted by the Queen, with an additional 1000 members of the public allowed into the grounds

Another 200 guests will be hosted at a private reception given by Prince Charles at Frogmore House on the castle grounds.

The official invitations to the wedding were issued back in March.

What I will do within 6 months if elected as president of Nigeria, says Atiku