The impostor of late Buhari is nowhere to be found in Paris for the Peace summit commemorating the centenary of world war 1. They told us he was going for that summit. 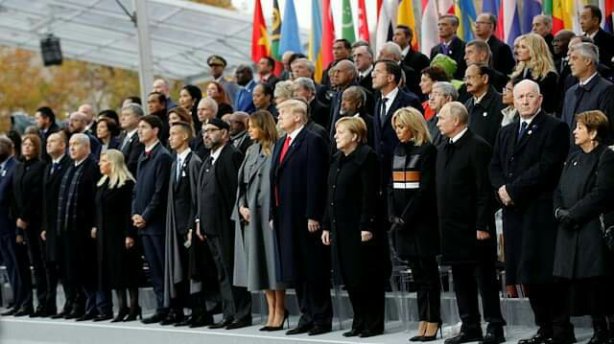 This is the group picture of world leaders in attendance of that event in Paris France. There’s no sight of Jubril there! The cabal in Aso Rock has smuggled Jubril out of the zoo for further plastic surgery on his earlobe and other areas enumerated by Kanu as the markedly differences between the late Buhari and the impostor at Aso Rock using this world leaders gathering as a smokescreen. 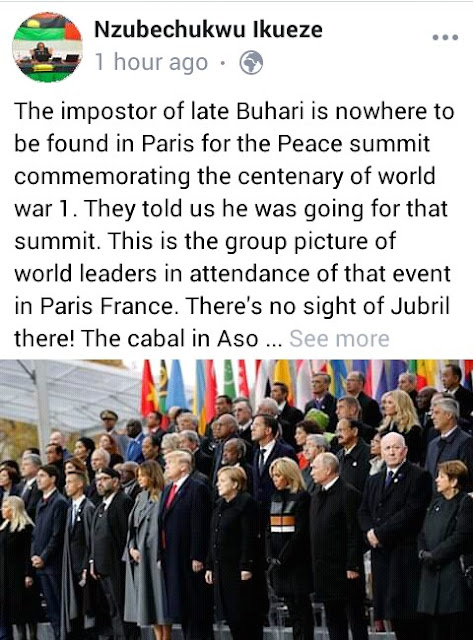