I don’t drink, smoke, I don’t need money for anything – Ex-Gov. Amaechi

I don’t drink, smoke, I don’t need money for anything – Ex-Gov. Amaechi

A former Governor of Rivers State, now Minister of Transportation, Chibuike Rotimi Amaechi, has again, claimed that he has nothing to do with money.

Amaechi said that even people that criticise him in Rivers State know he has a good reputation, adding that he does not indulge in alcohol or cigarette. 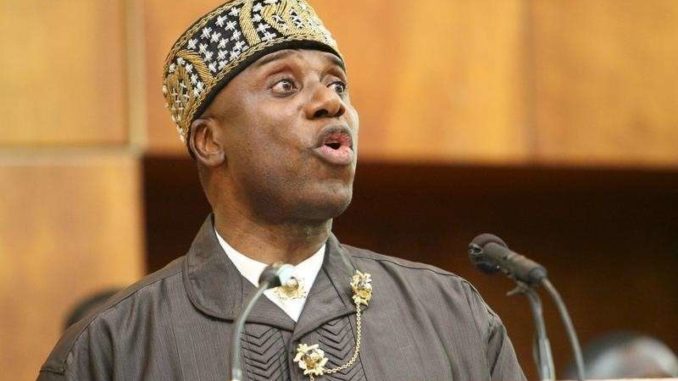 The former governor, who spoke with Vanguard, said he has the moral standing to criticise members of the Peoples Democratic Party, PDP, for allegedly looting the nation for almost 16 years because he was not corrupt.

He said, “I ask people ‘what do I need money for?’ I don’t smoke, I don’t drink, I am not the one with luxurious houses and cars and it is like what I said when I became governor. I said Nigerian politicians actually commit what they call manslaughter, which is killing by accident when you don’t have intention to kill. How do we politicians kill by accident?

“The money that is meant for the people and earmarked to be used for building hospitals, you take it for your private use and the hospitals are not built and so Nigerians go to hospitals where there are no drugs and they die without knowing it. For me, you have committed manslaughter and the problem for me is that Nigerians don’t hold us accountable!”

22 hours ago
Prev Next