The Marvel Cinematic Universe’s latest entry screened on Monday, April 24, 2018 in Los Angeles to the media, some fans and members of the Marvel family.

With full reviews embargoed until April 24, here’s what people are saying about “Avengers: Infinity War” movie on social media:

Just got out of the #AvengersInfinityWar premiere. The movie is incredible, epic beyond compare. It’s everything you want it to be. Iron Man and Captain America fuck within the first fifteen minutes. Marvel fans are going to love this one – EASILY top five.

#AvengersInfinityWar is my second fave @Marvel movie after #BlackPanther. The superhero interplay is hilarious and surprising at every turn. The action is monumental. And there are actual stakes this time around. Kevin Feige is not f-cking around with this one.

AVENGERS INFINITY WAR is very weighty and juggles most of its characters with consideration. It’s the closest thing to a Paul Thomas Anderson movie you’ll find in the Marvel Cinematic Universe. I Am Shook!

# some truly thrilling moments, feels like less than the sum of its parts. A definite step down after that epic run of GotGV2 / Spidey / Thor 3 / Black Panther, but what else did I expect?

#AvengersInfinityWar wrecked me and it’s probably going to wreck you. Can’t wait to see it again.

AVENGERS: INFINITY WAR is basically CAPTAIN AMERICA: CIVIL WAR times 20, except with less hero-on-hero fighting. I think people who loved the airport fight in CIVIL WAR like I did will go nuts for this film, and people who were bored will be 20 times as bored here.  #InfinityWar

There is a lot of mind-blowing stuff in   #AvengersInfinityWar,  emotional, funny and lives up to the hype

One of the best films I’ve ever seen. I am emotionally drained.

#AvengersInfinityWar is the MCU’s biggest soap opera ever, and that’s not a bad thing. Feels more like a sequel to Guardians, and you’ll get to see what makes a Mad Titan tick. We will have A LOT to unpack soon.

#AvengersInfinityWar felt like Marvel just dunking all over DC: Genuinely funny jokes that felt effortless, real emotional stakes & payoffs from a decade of world building and character development, crisp, inventive action sequences and an ending that left my jaw on the floor.

The final minutes of AVENGERS: INFINITY WAR are heartstopping. Can’t wait for the next one. Marvel wins again. #AvengersInfinityWar

#AvengersInfinityWar pretty much had me laughing, screaming, or crying the entire way through. It never lets up. I sat in my chair stunned as the credits rolled, speechless and sobbing.

#AvengersInfinityWar may be the most expensive Hollywood movie ever designed to mess with its audience. People sure are going to sit through a lot of credits!

From beginning to end, #AvengersInfinityWar is non-stop action. It’s really dynamic and jaw-dropping, but at times, it could have stopped for air and give us more substance on plot points. Loved it when the audience clapped as soon as Blackpanther#Okoye entered the scene. 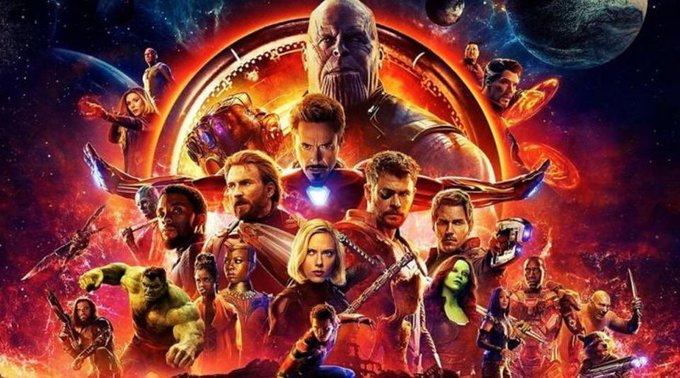 #AvengersInfinityWar #Mavel puts it all on the table and wipes it off. Stress-inducing, full of dread, darker than usual, yet, funny as hell and super entertaining. Terrifying Thanos razes the ground without mercy. Blockbuster noise? Yes, but with emotional stakes attached.

Wow! Marvel dropped all the rules, fists out and what a tornado!! #AvengersInfinityWar was a blast and Thanos just dethroned Killmonger as the champion of villains.

✔@PNemiroff
After 10 years of investment in this series & these characters, boy does #AvengersInfinityWar knock you on your ass. Humor, sky high stakes & a truly overwhelming amount of emotion in it. Russos did a great job spreading screen time for the ensemble but my MVPs – The Guardians.

The superhero movie premieres in cinemas on April 27.

Breaking News: Rival, colleague and friend Wenger is one of the greatest Ferguson