ABAKALIkI-NO fewer than 7000 Igbeagu Izzi indigenes of Izzi local government area of Ebonyi State have so far been displaced following the inter-communal crisis between Izzi people and their counter in Ukele in Cross River State.

It was gathered that over 1500 houses had been destroyed by Ukele militia group fighting in Izzi LGA as so many displaced Izzi people were seen on Abakaliki-Ogoja highway trekking back with their belongings to Abakaliki capital to seek refuge. 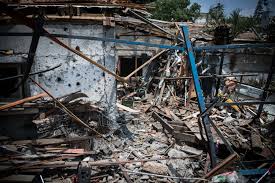 Addressing displaced persons who converged at Ndi- Akparata Nwenyi village in Igbeagu community in Izzi LGA, the Deputy Governor of Ebonyi State, Dr. Kelechi Igwe directed the Cantonment Commander, Lt. sa’aad Sadiq to immediately deployed more troops to the troubled zone to ensure the safety of both Ebonyians in Izzi and foreigners travelling along the Abakaliki-Ogoja trans Sahara highway.

According to the Deputy Governor who appealed to Izzi people to maintain peace and order assured them that the State government would not fold its arm and watch Ebonyi people slaughtered on the alter of insecurity and wickedness. …more details later

To prevent crime and kidnapping, MC Oluomo Installs Barcodes In Parks And Garages