Dwayne Johnson AKA De-Rock, an American Actor and Wrestler, has announced the birth of his baby girl.

The 45 years old actor took to his Instagram page to announce the arrival of his baby,

“Skin to skin. Our Mana. Blessed and proud to bring another strong girl into this world.

“Tiana Gia Johnson came into this world like a force of nature and mama, @laurenhashianofficial labored and delivered like a true rockstar.”

In his post, he noted that he was raised and surrounded by strong loving women all his life but his participation in baby Tia’s delivery has made the love he has for all women and mothers difficult to express.

In his advice to gentle men, De-Rock said “It’s critical to be by your lady’s head while she’s delivering , being as supportive as you can…holding hands, holding legs, whatever you can do. 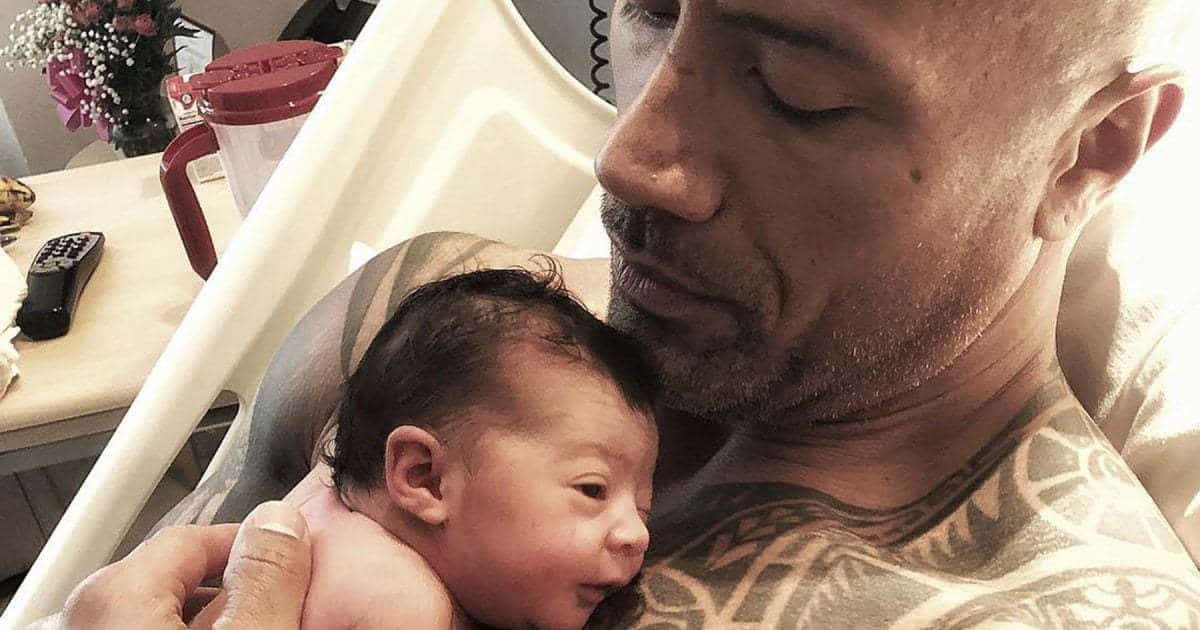 “But if you really want to understand the single most powerful and primal moment life would offer, watch your child being born.

Tiana Gia would be his third child and his second with his partner Lauren Hashian.

He promised to love, protect , guide and make baby Tiana laugh all her life as he does with her two older siblings.

He played the role of Davis Okoye in the American science fiction, Rampage, which was released some weeks ago

There’s a plot to kill me, Melaye says as police lay siege to home