LAGOS — THE Civil Liberties Organisation, CLO, has petitioned the embassies of five western countries in Nigeria seeking the revocation of the visas of the National Chairman of the All Progressives Congress, APC, Comrade Adams Oshiomhole; Senator Ovie Omo-Agege among others for their seeming actions to truncate the country’s democracy. 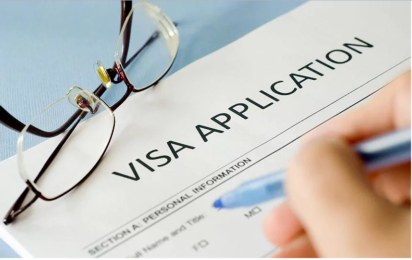 The CLO, in the petition authored by its Executive Director Comrade Ibuchukwu Ezike, named Oshiomhole, Omo-Agege among others for their repeated actions to violate the sanctity of the National Assembly and other anti-democratic actions.

The embassies petitioned included the British High Commission, Embassies of the United States of America (USA), France, Canada, European Union (EU), among others, requesting the missions to sanction those it described as anti-democratic elements bent on upturning Nigeria’s democracy.

In a four-page letter titled: ‘Urgent Need to Rescue Nigeria’s Democracy: A Call to Sanction Anti-democratic Elements’, and signed by its Executive Director, Comrade Ezike, CLO said: “As non-partisans, we hold the legislature as the sanctuary of democracy.

We believe that democracy perishes once the executive arm commandeers the legislature, which is the people’s arm of government. “We are horrified that whereas Section 50 of the 1999 Constitution of the Federal Republic of Nigeria (as amended) explicitly provides that ‘There shall be a President and a Deputy President of the Senate, who shall be elected by members of that House from among themselves’, there have been resolute attempts by the APC to impose executive stooges as the presiding officers of the National Assembly since 2015.

“Although, the wishy-washy report of the Police investigation refused to name the politicians that worked in concert with the Department of State Services, DSS, to forcefully take over the National Assembly premises, the inciting public vituperations of the APC National Chairman and some serving Senators and leaders leave no one in doubt of the key actors behind the heinous attempts to ruin the nation’s democracy.”

“Without holding a brief for any of the political interests, Section 50 of the 1999 Constitution and Nigeria’s legislative convention allow bipartisan or even opposition headship of the parliament of which the APC has been the greatest beneficiary.

“CLO is, therefore, unable to figure out any justification, be it on grounds of law, convention, and morality, for the continuous overheating of the polity by APC leaders over the leadership of the Senate.

“Two presiding officers of the Senate have been removed since 1999, but on no occasion was any of them held hostage or the National Assembly overran by security agencies. Oshiomole has obviously overstepped his bound.

“We, therefore, urge your mission/government to not only help engage the APC-led Federal Government with a view to ending the rising political tension and barefaced impunity to an immediate stop, but also to suspend issuance of visas of your country to the listed anti-democratic elements and cancel all valid visas already held by them.

“CLO has continued to insist on calling the attention of the World and its leaders to the impending confusion in Nigeria because of the obvious monumental implications it will have on human rights and mankind at large in the event that such dastardly acts of these leaders drive our society into avoidable crisis.”

20 hours ago
Prev Next