Check out cute photos of singer, wife with John Boyega

A very excited D’banj took to his Instagram page on Sunday, April 8, 2018, where he posted a number of photos of himself, his wife, their cute son and the Hollywood actor. D’banj went on to congratulate the Nigerian born Hollywood star for producing his very first movie.

“Great Evening and a BIG Congratulations to you brother @johnboyega on Producing your first Movie and A Great Success too #pacificrimuprising       Can’t wait for you to produce a Super HollyNollywood Movie    #pacificrimuprising,” he wrote.

We get that John Boyega is one of the biggest stars in Hollywood at the moment but the love and attention he has been getting from his home country over the last couple of weeks has been massive.

Recall about a week ago he was a guest at Cool FM where he had a chat with OAPs, Daddy Freeze, and Kaylah Oniwo. During the chat, the conversation of his bodyguard reportedly attacking media personality, Toke Makinwa a few months ago.

“Toke Makinwa reportedly assaulted by John Boyega’s bodyguard,” Daddy Freeze had said. Well, the whole studio went crazy when John looked all shocked and replied with the most sarcastic replies ever! 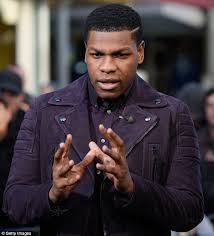 “First of all, first of all, who is that,” he said. Well, he looked surprised as he claimed not to know who Toke Makinwa is and even referred to her as “that.”

It would be recalled that at the beginning of the year, precisely in January, Toke Makinwa raised an alarm over what she called an assault on her physically  by John Boyega’s bodyguard at a highbrow restaurant in Lagos.

Sheggz of BBNaija receives N2m, an iPhone 14, and other gifts from fans.