Zlatan Ibrahimovic, the player who is as widely known for his famous quotes as for his famous goals, has reached a career milestone which many players can only dream about.

The centre-forward scored the 500th goal of his career, on Saturday against Toronto FC, in an MLS fixture, though his side LA Galaxy lost the match 5-3.

To put things in into perspective, only two other active players have scored 500 or more goals for club and country so far. And guessing who they are isn’t that difficult. They are Portuguese superstar Cristiano Ronaldo, who reached this milestone in 2015 and Barcelona legend Lionel Messi, who only needed 577 appearances to achieve this feat.

The outspoken Swedish striker, this time proclaimed himself as the ‘God of Goals’, after the match. Well, that may be debatable, but what is beyond doubt is that having joined the elite 500+ goals club, he is one of the best No. 9 of our times. 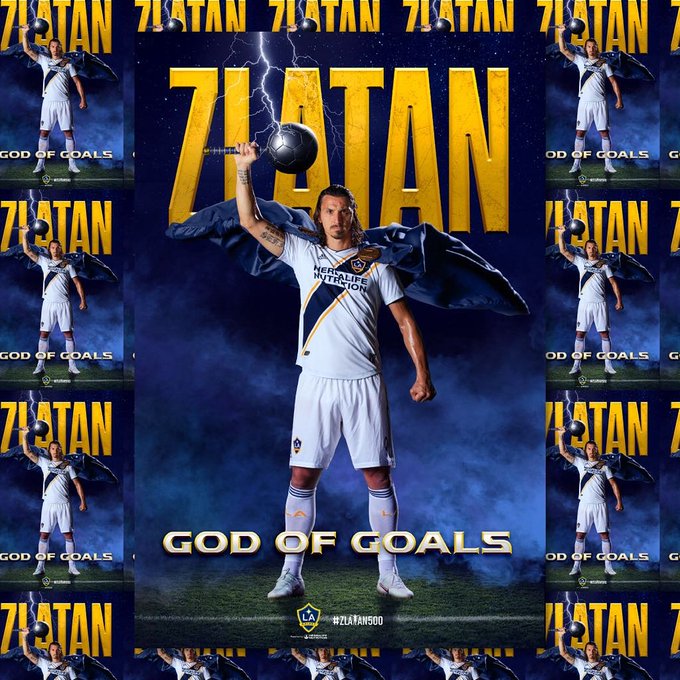 The 500 goals include some of the finest finishes ever seen in front of the goal. Arguably the most memorable of all his goals was the 2013 FIFA Puskas Award winner. It was an exquisite overhead bicycle kick, that left one and all baffled. And he even reached the 500 goal mark in his trademark style, it was a spinning kick volley out of nowhere.

The 36-year-old superstar who also called himself a ‘Lion’ once, is the only striker in recent years to have breached the 500 goal mark. This is just a testament to the consistency and quality of the player.

But interestingly he is not the first Swedish footballer to this landmark achievement. Nils Gunnar Nordahl, another prolific striker and regarded by many as the greatest centre-forwards ever, who also played for AC Milan in his time, was the first Swedish player to reach 500 goals.

But only Zlatan, the’ king’ and ‘legend’ himself could’ve reached that milestone with a sublime spinning kick.

Breaking News: Fans react as Ronaldo finally ends his goal drought in the Serie A