Real Madrid were level at 1-1 with rivals Atletico Madrid at the Santiago Bernabeu when Zinedine Zidane withdrew Cristiano Ronaldo.

Zinedine Zidane denied Real Madrid are over-reliant on Cristiano Ronaldo after they were held to a 1-1 derby draw against Atletico Madrid.

Ronaldo continued a phenomenal 2018 when he volleyed Madrid into a deserved 53rd-minute lead at the Santiago Bernabeu – his 40th goal in all competitions this season.

Atleti had rarely threatened up to that point but responded with gusto as Antoine Griezmann scored for the third consecutive season in this fixture and Keylor Navas saved impressively from Koke.

Zidane then raised eyebrows by making an apparently pre-planned substitution, as Karim Benzema came on for Ronaldo.

Although captain Sergio Ramos twice went close in stoppage time, Madrid were unable to force a winner and remain third – four points behind their neighbours in LaLiga.

“It was just to rest,” Zidane said, explaining Ronaldo’s withdrawal ahead of next week’s Champions League quarter-final meeting with Juventus. 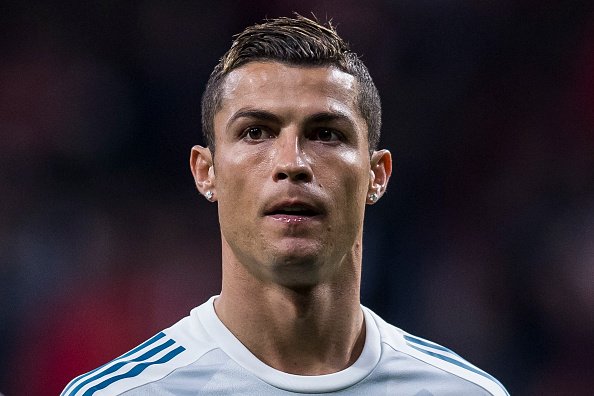 10 – @Cristiano has scored in his last 10 games for Real Madrid in all competitions (20 goals). Crack

“We have many games, that’s it. Sometimes he needs to rest.

“Cristiano is Cristiano, he has been this player all his life, scoring 50 goals a season.

“True, nobody else does that. But others can score, have done recently, and we must think about the positives.”

On reflection, Zidane felt the points being shared just about fell into that category.

“I am happy with the game,” he added. “We deserved more today, clearly.

“It is a pity as we had many chances. But we could also have lost the game.”

Looters list: “What is being disclosed today is a tip of the iceberg, says Oshiomhole