Sergio Busquets described Barcelona’s loss to Roma as the worst of his career after the Spanish giants sensationally crashed out of the Champions League.

Barca were poised to reach the semi-finals following last week’s 4-1 rout at Camp Nou, however, the unbeaten LaLiga leaders were stunned 3-0 by Roma in the Italian capital Tuesday.

Goals from Edin Dzeko, Daniele De Rossi and Kostas Manolas sealed one of the greatest European comebacks on away goals as Barca were beaten in the knockout round after winning the first leg by at least three goals for the first time in its illustrious history.

Reflecting afterwards, Spain international midfielder Busquets told reporters: “Probably [the worst defeat of my career] because the way it was, and the result we had in the first game, with a good season we are doing.

“But in the end, the important thing is game by game. We come from a good season, from a good dynamic but unfortunately today it has been cut short, and this is the end of our way in Champions League.” 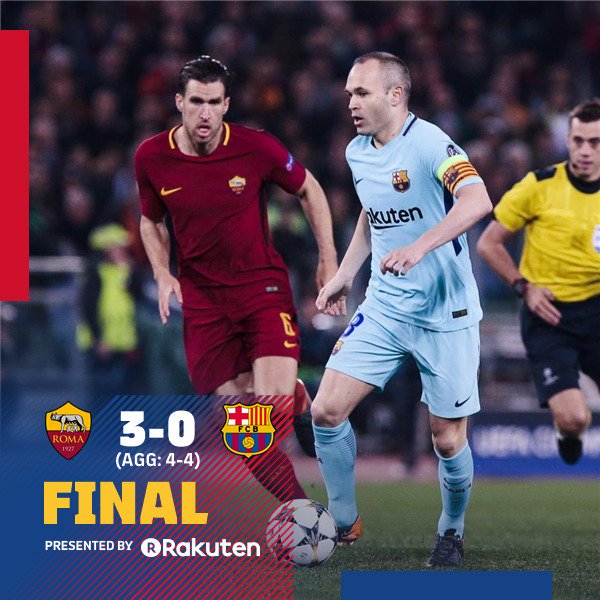 “It’s very difficult to be honest,” Busquets added. “A sad night, to forget, they beat us in all the ways, they carry us where they wanted because they needed a big result, and unfortunately they got it.”
Loading...
Post Views: 242
Continue Reading
109
Share FacebookTwitterGoogle+ReddItWhatsAppPinterestEmail