Manchester City are just one win from sealing the Premier League title and Kevin De Bruyne says it will be “special” to do it in the derby.

Kevin De Bruyne is relishing the prospect of Manchester City clinching the Premier League title by beating bitter rivals United next time out.

Saturday’s comfortable 3-1 win at Everton left City on the brink of lifting the trophy after a stellar campaign in Pep Guardiola’s second season at the helm.

While United have been second for most of the season, City have looked nailed on to secure their first league title under Guardiola for many months now.

And, fittingly, three points in the Manchester derby at the Etihad Stadium on Saturday will be enough to finally put it to bed and end United’s forlorn chase, giving City fans bragging rights in more ways than one. 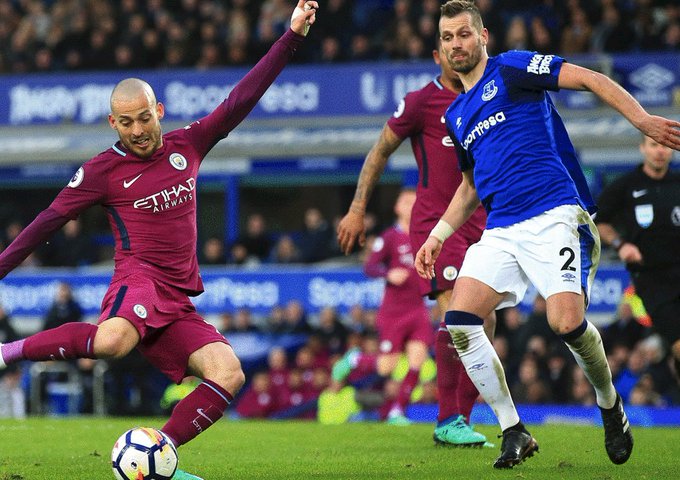 “To make it [win the title] against United would be special,” said De Bruyne.

“The sooner we do it, the better. Then we can focus on other games. It’s a tough run. We play Liverpool, United, Liverpool again and then Tottenham. It’s pretty impressive, eh?”

When the sides met in December, City ran out 2-1 winners at Old Trafford.

Breaking news: 5 Non-Spanish players who have scored the most league goals for Real Madrid in La Liga