Breaking News: Why Cristiano Ronaldo Hasn’t Scored Yet and Why Juventus Shouldn’t Be Worried

If there was one thing fans expected when Cristiano Ronaldo moved to Juventus, it was goals. Tons of them. Yet, after three league fixtures, the Portuguese star is yet to get off the mark in Serie A.

Of course, it isn’t a cause for worry just yet. What with Juventus already topping the league table as the only team with a perfect record so far – even without goals from Ronaldo or Paulo Dybala. Napoli slipped up, as have Inter and Roma – all of whom have already lost a game.

But questions have been raised over Ronaldo’s slow start in what is his fourth different league in the top flight. After all, it’s not always that you see a ‘0’ in Ronaldo’s goals column, especially after a club spent €100m in transfer fees to secure his services.

Even his son Cristiano Ronaldo Jr has already scored four on his debut for the Juventus Under-9 side. The youngster scored four goals in a 5-1 win. Like father, like son? 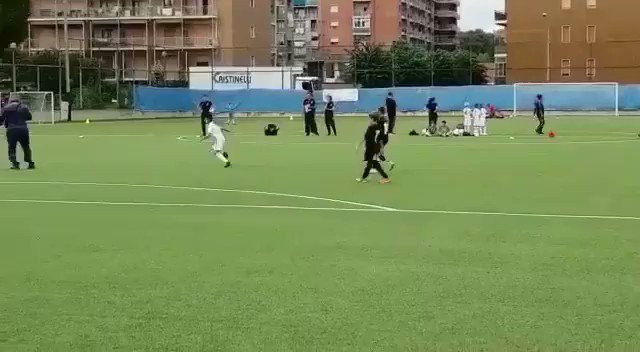 Why has Ronaldo struggled to score?

The 33-year-old has played 90 minutes in all three games and taken 23 shots on goal. 15 shots have come inside the box and eight shots from more than 18 yards away. 9 have been on target. But he is yet to score.

“In Italian football, there are different challenges… It’s one of those periods but I’m happy with what he’s doing. He’s not getting the rub of the green at the moment either – the ball is not bouncing right for him or he’s shooting just off target.

“The international break will help him to become sharper.” – Juventus coach Massimiliano Allegri

Indeed it might. Ronaldo has requested Portugal to allow him to skip their UEFA Nations League match against Italy so he can settle down in Turin. These two weeks will only help him improve his fitness and sharpness after a busy summer.

Most of Ronaldo’s good shots on goal so far have either been straight at the goalkeeper or just wide of the target. In some cases, it was a matter of bad timing or simply a bad pass – as we saw for a tap-in that turned out to be his first assist.

With the ball fizzed in at speed, Ronaldo attempted to take his shot at the edge of the six-yard box but only managed to make contact without changing the ball’s direction. Nevertheless, the ball fell to Mario Mandzukic behind him who gleefully accepted it and fired it home, much to Ronaldo’s bemusement, looking up at the sky with a wry smile.

In the three games so far, Allegri has attempted to play Ronaldo in two positions – as the centre-forward in a 4-2-3-1 formation (against Chievo) and as the wide forward on the left of a 4-3-3(against Lazio and Parma).

While Ronaldo has played up front before, he has only been productive when he has a strike partner. At Real Madrid, he had Karim Benzema (usually alongside him in a 4-4-2) to act as a foil and keep the defenders busy or second-guessing.

But when he leads the line alone, Ronaldo’s impact is negated. Zinedine Zidane tried that against Bayern Munich with Ronaldo as the centre-forward and the Portuguese star made such a negligible impact, taking just two shots; none of which were on target.

It was the same case against Chievo with defenders Mattia Bani and Luca Rossettini having the measure of Ronaldo in the box whenever Juve’s players attempted to find him. The one shot where he should have scored came when Ronaldo arrived in the box and tried to latch on to Juan Cuadrado’s low cross but fired wide.

In the next two games, Allegri decided to move Ronaldo to the left. This saw Mandzukic leading the line but there was no place for Dybala in this setup. In a 4-3-3, Allegri had used Miralem Pjanic, Sami Khedira, and Blaise Matuidi in midfield.

This required Ronaldo to drop deeper than he used to at Real Madrid to move the ball forward. At Real, he usually hung around the final third and waited for Real’s blessed midfield to bring the ball to him. It isn’t the case here.

As a result, there were times when he had to contend with two lines of defenders instead of the usual one. His teammates were also guilty of being a bit too eager to get him on the scoresheet and some of the balls played to him were far too tough and hopeful for Ronaldo to take a decent shot (or header) on goal.

But if there is one positive to take away from this is that Ronaldo now makes a conscientious effort to track back and help Juventus win the ball back from their opponents. He no longer sulks in a corner of the pitch waiting for the ball to arrive.

Lazio goalkeeper Thomas Strakosha’s spectacular save to deny Ronaldo a goal from 20 yards out only goes to show that Ronaldo can create space for himself to take shots on goal.

Ronaldo is also missing the services of an attacking full-back like Marcelo who can help pin the opposition left-back. So far, he hasn’t yet formed a partnership with Alex Sandro but it will take time.

If he overlaps Ronaldo on the left, it takes that extra defender out of the equation. Without his support, Ronaldo appeared largely isolated out on the left and was forced to improvise and do things on his own to bring the ball inside and into the final third.

Why Juventus shouldn’t be worried

Ronaldo’s slow start is not an anomaly. We have seen this before with Ronaldo where he has struggled to get going only last season. It took him 28 shots before he scored his first goal of the LaLiga campaign. 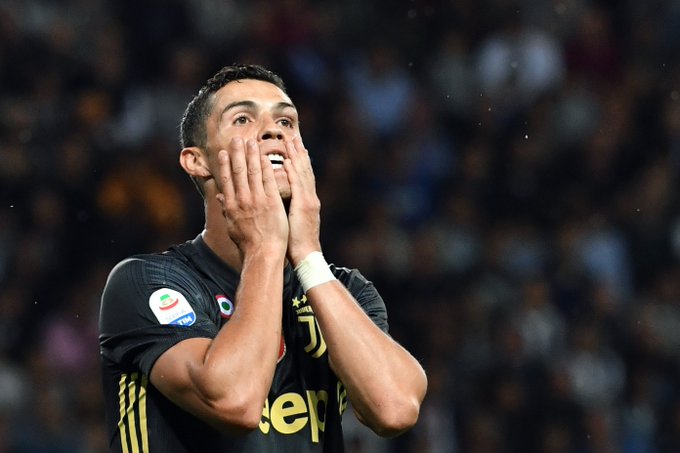 To say that Ronaldo was struggling in LaLiga with Real Madrid (even though he was scoring at will in the Champions League) at the start of the season would be an understatement.

He scored his first league goal only in October. But once the tide turned, Ronaldo quickly surpassed everyone (including Barcelona’s Luis Suarez) in the goalscoring charts to finish second with 26 goals in 27 games – behind only Lionel Messi. It included a run of 10 consecutive games at the end of the season where he always got on the scoresheet.

The five-time Ballon d’Or winner will obviously get on the scoresheet at Juventus. And once Allegri finds the right strategy to make use of both Dybala and Ronaldo in the same lineup, he will score sooner rather than later.

Their primary focus will be to ensure Ronaldo is up and running by the time their Champions League campaign kicks off against Valencia this month and get him on a goalscoring run before their October trip to face Ronaldo’s former side – Manchester United at Old Trafford.

The Champions League is Juve’s Holy Grail and that is where they need the five-time winner to step up the most.

Breaking News: Premier League 2018-19: The winners, losers and players to improve from Chelsea’s perfect start to the season

Breaking News: FIFA The Best Awards: Lionel Messi has become a victim of his own impossible standards