Breaking news: Why April can be the month of redemption for Arsenal

Arsenal have cut a sorry figure throughout this season but can change things around in April. 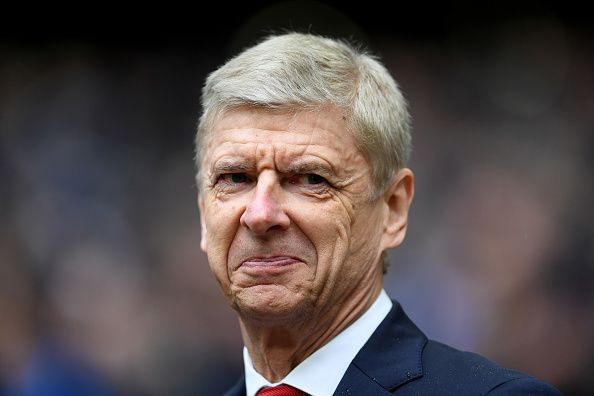 With International friendlies taking the stage for what felt like a very long two weeks, club action resumes this weekend. As the final phase of the 2017-18 season commences, most teams would be looking to achieve a thing or two.

The same goes for the protagonist club in this article, Arsenal. The North London club have had an underwhelming season this year even by their recent standards. But for what it’s worth, April brings a plethora of chances for the Gunners.

Arsenal have endured a torrid time of late. The Gunners have never been in the title race and have little chance of making it to the top four by the end of the season.

While they did manage to reach the finals of the Carabao Cup, it was nothing more than a walk in the park for the eventual winners Manchester City to fend off Arsenal. They were delivered a knockout punch in their favourite tournament, the FA Cup by a struggling Championship side in Nottingham Forest.

A lot has gone wrong for the Emirates outfit. But all that is done and dusted and not worth fretting over anymore. What does lie ahead is an opportunity to finish the season in a strong manner and concentrate on the one competition that Arsenal can still mathematically win, i.e., the Europa League.

Two weeks is enough time for the players to clear off their mind and start all over again with a positive mindset.

In what is a rather common occurrence during International friendlies, Jack Wilshere was reported to have been injured during his time with England and was recalled by the club. However, if Arsenal’s assistant manager Steve Bould is to be believed, it was only a precautionary measure and that Wilshere is fit to play.

Also returning in April is the free-flowing midfielder Aaron Ramsey after undergoing a minor operation and should be available for selection for the team starting with the game against Stoke on Sunday.

Probably the biggest boost that Arsenal will be getting is in the form of Alexandre Lacazette following his knee injury. Lacazette’s return solves the striker problem for Arsenal in the Europa League where the Gunners have to make do with Danny Welbeck as Pierre-Emerick Aubameyang is cup-tied.

The availability of all these players solves Arsenal’s problems offensively, at least on paper, and the Gunners will be raring to go.

Arsenal play Russian side CSKA Moscow in the quarterfinals of the UEFA Europa League on the upcoming two Thursday nights. While the away leg in Russia can be a tricky one, the Gunners should be seeing off CSKA comfortably on aggregate.

The record FA Cup winners have a rather easy set of Premier League fixtures in April. Arsenal start off the month by hosting relegation-threatened Stoke City. The following week, the Gunners will be taking on a substandard Southampton side, again at the Emirates.

The remaining three Premier League fixtures for Arsene Wenger’s men include Newcastle away, West Ham at home, and Manchester United at Old Trafford.

Thus, Arsenal play four teams in the bottom half of the table, three of whom have a very high chance of going down to the Championship. The most difficult match the Gunners will contest this month is the one against the Red Devils of Manchester but that’s right at the end.

This paves the way for Arsenal to not only accumulate some points but also build some confidence and momentum as the end of the season draws near. Given the difficulty of the fixtures at hand, Arsene Wenger can even give key players rest in Premier League games to keep them fresh for the Europa League matches.

Arsenal’s perennial rivals, Chelsea face a slew of tricky fixtures ahead as they take on Tottenham, Burnley, and a rejuvenated Swansea in April. Although the Gunners trail the Blues by eight points and will most likely end the season at the sixth spot, a run of form by them and a few slip-ups by the Stamford Bridge outfit wouldn’t hurt the North-London side’s cause.

Chelsea are also burdened by their drop in form and ongoing speculations over Antonio Conte’s future so you just cannot rule out any possibilities.

Finishing above the Blues, if Arsenal do manage to do it, would mean little in material terms given how the season has fared. However, it would have deep bearings in terms of the animosity between these two clubs and will impact the fans’ psyche immensely.

If you notice Arsenal’s performances over the past few seasons, you will see the Gunners starting off the season decently, going completely haywire in the middle phases, and then mounting a sudden surge at the end to finish on a high note.

Arsene Wenger’s team need to take the same route this year as well. The Gunners are known to improve their performance at the fag end of the season in order to save the blushes. Doing the same this time around could propel Arsenal to a Europa League triumph and a Champions League qualification.

The opportunities are there for Arsenal and so is the perfect set-up. All they need now is some mettle and resilience to save the season.

Breaking news: Barcelona’s season will be defined by seven games in the next 22 days

Breaking news: Real Madrid Icon Makes a Confession About His Future At The Bernabeu