Danny Welbeck scored twice, including an 81st-minute winner, as Arsenal overcame fatigue to see off plucky Southampton on Sunday.

Arsene Wenger felt Arsenal’s 3-2 victory over Southampton was more about spirit than skill after Danny Welbeck settled a see-saw contest at the Emirates Stadium.

Having put CSKA Moscow to the sword on Thursday, winning the first leg of the Europa League quarter-final 4-1, Arsenal made heavy weather of seeing off a side sitting in the Premier League’s relegation zone.

Welbeck headed in an 81st-minute winner to secure Arsenal a sixth successive win in all competitions, though Wenger admitted fatigue was to blame for his side’s below-par display.

Southampton’s Jack Stephens and Mohamed Elneny of Arsenal both saw red in stoppage time for violent conduct, leaving their respective sides to play out the closing minutes with 10 men.

“I believe that when you play every three days it’s difficult to get the pace of the game,” Wenger told Sky Sports.

“When you look at the game today, twice we had situations – once when 1-0 down and then when they came back to 2-2 – where we had to find the resources to win the game.

“Then it became a bit hectic, a bit out of control, which was surprising.

“But so long as we have the resources and the spirit, especially when the legs don’t respond as much as you’d want.”

7 – Pierre-Emerick Aubameyang has been directly involved in seven goals in the Premier League this season (six goals, one assist); the most of any Arsenal player in their first seven appearances in the competition. Gunner.

Wenger did rotate his squad for Arsenal’s fifth home game in a row, resting Mesut Ozil and Aaron Ramsey as Reiss Nelson was handed a first start in the Premier League.

The teenager played 64 minutes before making way for Jack Wilshere, though his manager felt the talented youngster failed to fully capitalise on the opportunity.

“I felt that he has shown in glimpses that he has big potential. I felt he played a bit within himself, he didn’t take enough risks,” the Frenchman added.

“His game is about going past people, about taking them on, and overall I believe he’s shown he has the necessary tactical and technical level. If you could say the one thing he lacked was a bit of freedom to do what he can do. 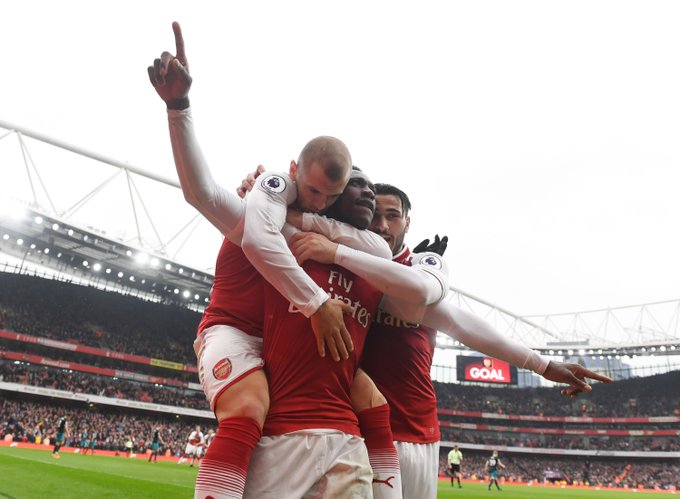 Breaking news: Arsene Wenger Era – A Cocktail of The Great, The Good, The Bad and The Ugly