Having suggested he had no part in when his Arsenal departure was announced, Arsene Wenger has moved to back the club’s decision.

Arsene Wenger has insisted Arsenal were right to announce his departure as manager last Friday, despite earlier suggesting he disagreed with the decision.

The Gunners confirmed the surprise news with a statement just two days before the Premier League clash at home to West Ham and six before the first leg of the Europa League semi-final with Atletico Madrid.

Wenger told a news conference on Wednesday that it was not his call to go public about his exit in the build-up to his side’s most important match of the season.

However, he has since issued a statement in which he says Arsenal were right to make the announcement when they did.

“After reaching agreement about my departure, I was happy for the club to decide when to announce,” he said via Arsenal’s official Twitter account.

“I wish to make it clear the timing of the announcement was right.”

Wenger’s initial comments appeared to add weight to reports that his decision to leave after 22 years at the club was not mutual.

Former striker Ian Wright said in a newspaper article that he was “convinced [Wenger] has been sacked and not resigned” as he still has a year left on his contract. 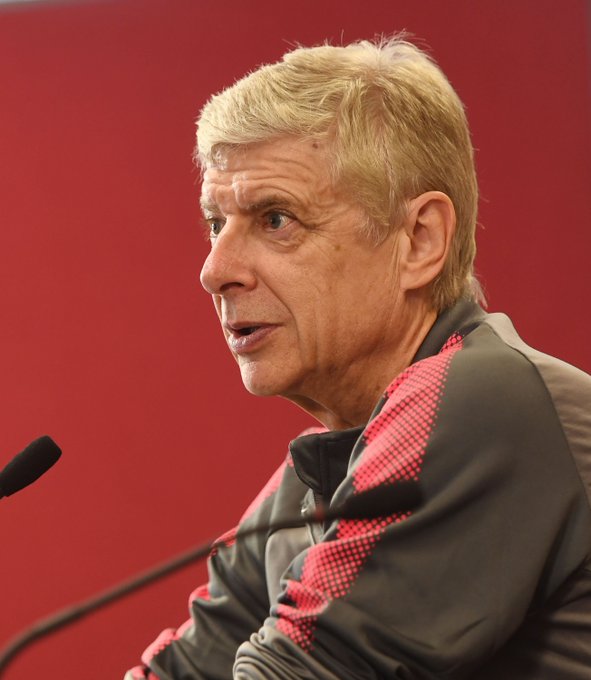 “After reaching agreement about my departure, I was happy for the club to decide when to announce. I wish to make it clear the timing of the announcement was right.”
Loading...
Post Views: 317
Continue Reading
167
Share FacebookTwitterGoogle+ReddItWhatsAppPinterestEmail