Jay Rodriguez’s goal secured the Premier League crown for Manchester City, but Jose Mourinho insists his side did not hand them the title.

Jose Mourinho insists that Manchester City’s efforts over the course of the campaign should be recognised as the reason for their Premier League title win, not Manchester United’s loss to West Brom on Sunday.

United produced a stirring comeback against Pep Guardiola’s side last weekend to delay the celebrations, but a limp 1-0 surrender to the rock-bottom Baggies sealed a third Premier League title for their neighbours.

Mourinho, though, was quick to dampen talk that United had handed the title to City, insisting it is their dominance over the season that secured their coronation.

He told Sky Sports: “I won titles. I wouldn’t be happy if someone says that I won the title because somebody loses a match.

Victory for West Brom came in just the second game for caretaker boss Darren Moore and the 43-year-old believes restoring a sense of togetherness is the key to ending a torrid season on a high. 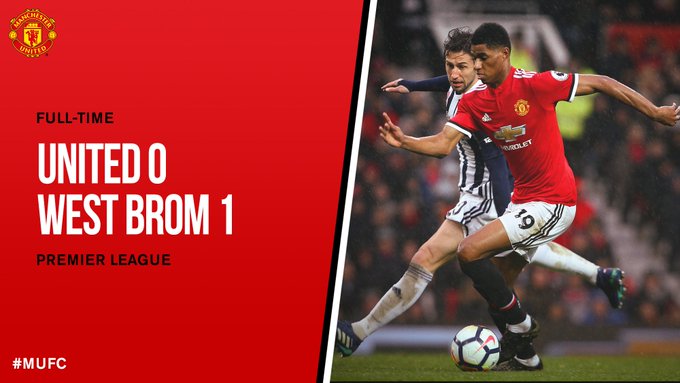 He said: “We’ve got faith in one another, the players, the staff. Things have gone a bit by the wayside this year. It’s important we continue to fight and work hard for each other.

“It’s about togetherness. We’re all a family at this club, and that’s how I’ve treated it. Everyone’s equal across the board.

“It hasn’t been lost, but people have taken the focus off what their jobs have been this season, so what we’ve tried to do is bring it all back together. We can’t do it without each other.”

The Baggies are now nine points from safety with just four games to go, but Moore is refusing to give up hope of a miraculous escape.

“We just keep fighting one game at a time,” he added.

“If we focus all of our energy into the next match, I’m sure it’ll look after itself.”

How 2015 poll was rigged in North – Tanko Yakassai

Comedian in joyous mood as he welcomes twins with wife