Remember President Donald Trump’s insistence that Mexico would pay for his border wall? Well, it seems it’s the U.S. that’ll be shelling out millions to its southern neighbor in exchange for helping Trump in his crusade against immigration.

The Trump administration recently sent a notice to Congress saying it plans to divert $20 million allocated for foreign assistance to help Mexico deport up to 17,000 undocumented immigrants from the country, according to a New York Times report published late Wednesday.

The money would reportedly help Mexico pay for the plane and bus fares of deportees. Central Americans attempting to flee to the U.S. via Mexico will be the main target of the initiative.

A Department of Homeland Security spokeswoman confirmed the plan to the Times, saying the administration was “working closely with our Mexican counterparts to confront rising border apprehension numbers.”

U.S. Border Patrol said this week that the number of families arrested for illegally entering the U.S. increased 38 percent in August ― a rise Trump officials described as a crisis. 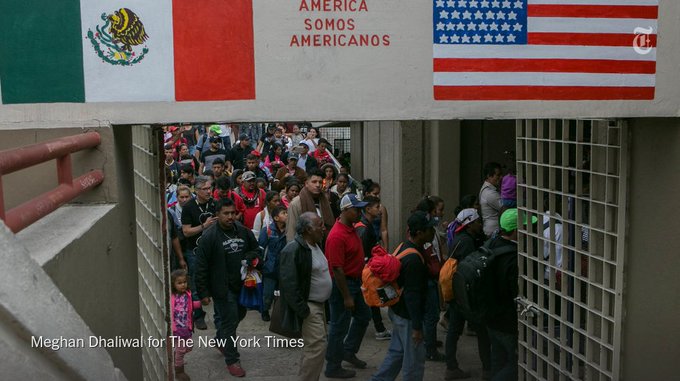 Rep. Eliot Engel (D-N.Y.), ranking member on the House Foreign Affairs Committee, lambasted Trump’s new $20 million plan, saying the foreign assistance funds had been earmarked by Congress to “lift up communities dealing with crime, corruption and so many other challenges” ― and not to bankroll an immigration crackdown.

“I want answers about why the State Department thinks it can ignore Congress and dump more cash into deportation efforts,” Engel told the Times. “Until then, I’ll do whatever I can to stop this,”

The Trump administration also is being blasted this week for redirecting millions of dollars into efforts to detain and deport undocumented immigrants.

Documents released Tuesday by Sen. Jeff Merkley (D-Ore.) revealed the administration quietly transferred $200 million earlier this year from other government agencies ― including almost $10 million from the Federal Emergency Management Agency ― to fatten the budget of U.S. Immigration and Customs Enforcement.

“This is a scandal,” Merkley said in a statement to HuffPost. “At the start of hurricane season — when American citizens in Puerto Rico and the U.S. Virgin Islands are still suffering from FEMA’s inadequate recovery efforts — the administration transferred millions of dollars away from FEMA … And for what? To implement their profoundly misguided ‘zero tolerance’ policy.”

Trump’s proposal to build a wall on the U.S.-Mexico border and his baseless claim that Mexico would pay for it became a rallying cry during his 2016 campaign. He frequently repeats the claim, though his budget proposals have included funding for the wall with money from American taxpayers, not Mexico, which has repeatedly insisted that it won’t pay.