Breaking News: The journey is better than the end – De Bruyne delighted with City campaign

Manchester City star Kevin De Bruyne was unfazed by how his side officially clinched the Premier League title, insisting he had enjoyed the “whole journey”.

De Bruyne said he had enjoyed his team’s league campaign as a whole, a season during which they have scored 93 goals and lost just twice.

“I’ve enjoyed the whole season. Sometimes the journey is better than the end,” the Belgium international told UK newspapers.

“It’s a quick moment of enjoyment, when you look back it’s been a great season. The team’s been great, everybody has done their part, then you have to feel happy I think.

“It’s not always the end result. OK, it’s the most important, but in the end you live 250 days to enjoy an hour, maybe a few days.

“It fills you with happiness but we still need to enjoy the whole journey.” 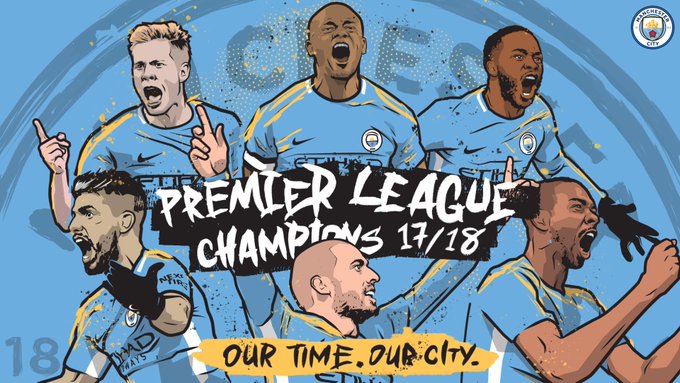 De Bruyne said the way City officially claimed the title was unimportant, with their success confirmed after United’s surprise 1-0 loss to West Brom at Old Trafford.

“It doesn’t matter what way, obviously it maybe feels different when you’re on the pitch but in the end nobody will care about that. You just want to win the league.”

Breaking News: 5 reasons why Arsene Wenger has to leave this season

Breaking News: 5 reasons why Mohamed Salah should be the PFA Player of the Year ahead of Kevin De Bruyne