Diego Simeone will use both his heart and head to decide whether to field a three-man defence against Arsenal at Emirates Stadium.

The Spanish side travel to England having won just once in their last five outings in all competitions, a worrying run of form ahead of such a crucial fixture at Emirates Stadium.

Simeone watched his side draw a blank in Sunday’s 0-0 draw with Real Betis, albeit with regular starters Antoine Griezmann, Koke and Diego Godin rested.

Atleti fielded a three-man defence for the stalemate at the Wanda Metropolitano – a formation they could use again when they face Arsene Wenger’s side. 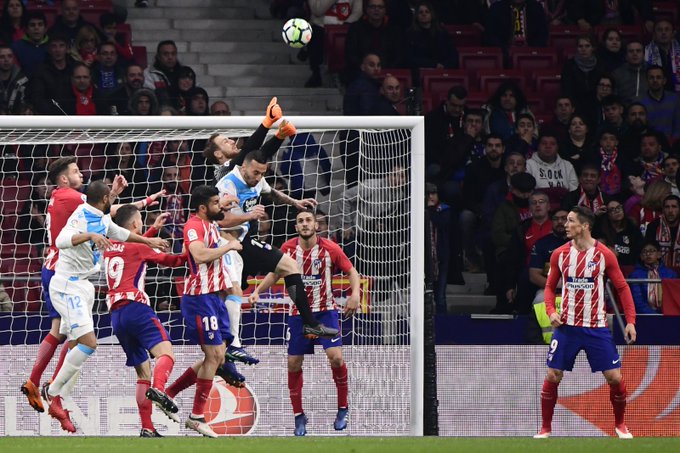 “My selection in London depends on what goes through my head on Wednesday, as well as my heart,” Simeone said in his post-match press conference.

“I may use three central defenders in London, why not?

“The team is heading into Thursday’s game really well. We made important changes and the players responded, I had to rotate to ensure we had fresh players. That’s why I gave Vitolo, Fernando Torres, [Angel] Correa and Saul [Niguez] more minutes.

“I expect everyone to have enough match fitness by Thursday.”

As for the game with Betis, Simeone reflected on Atletico’s inability to take their chances as they failed to find the net for a second successive league game.

“It was a very disputed match and both teams had scoring opportunities,” he added. “Both teams could have won and not being able to finish our chances is why it ended 0-0.”