Bayern Munich were knocked out of the Champions League by Real Madrid on Tuesday, but Karl-Heinz Rummenigge was proud of the team.

The Bundesliga champions were held to a 2-2 draw at the Santiago Bernabeu, ensuring a 4-3 aggregate defeat in their semi-final tie.

Madrid rode their luck at times, though, with Marcelo escaping a handball in the penalty area and Keylor Navas forced to make eight saves, his highest number in a single Champions League knockout match.

Rummenigge was deeply impressed with the players’ efforts and believes they deserve the respect of “the football world”.

“We saw the best match in the Champions League that I have experienced in the last five years with Bayern Munich,” he told the post-match banquet at the team’s hotel.

“We all agree we had the best team on the brink – Real Madrid are currently number one in UEFA’s ranking. We played with great fight, incredible passion and courage. 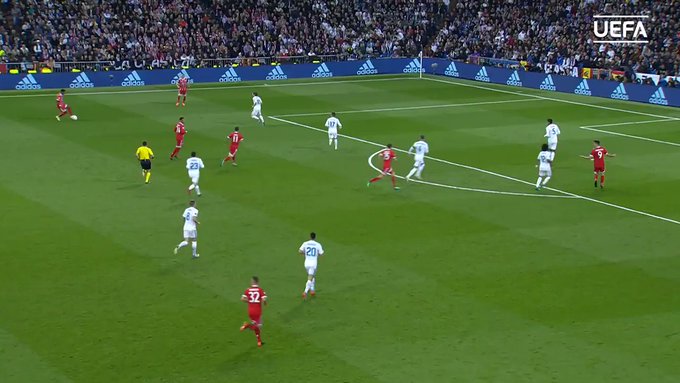 “We’re all a bit sad because it was possible to bring the great Real Madrid into the abyss. We drew 2-2, you did a great job. It was the best advert for football.

“I believe not just Bayern but all of Germany and the football world will pay our team, head coach Jupp Heynckes and his coaching team the greatest respect.”

Bayern now turn their attention to the close of the domestic season, with league matches against Cologne and Stuttgart to come before the DFB-Pokal final against Eintracht Frankfurt on May 19.

Rummenigge thinks a domestic double would be a momentous achievement, given Bayern’s difficult start to the season under Carlo Ancelotti.

“It’s now our responsibility to at least win the double and then round off a season that I think is second to none,” he said.

“Let me remind you we were five points behind Borussia Dortmund in October. We now have an advantage of more than 20 points in the Bundesliga, we have been the only German representative in the Champions League since the last 16.

“Unfortunately, I do not have a hat, but I would like to tip it to the team.”