Marcus Rashford has thanked Cristiano Ronaldo for giving him a signed Real Madrid shirt, complete with an encouraging message.

The Real Madrid star personalised one of his jerseys with a message of support to the young England international, which read: “To Marcus, keep up the good work.”

Rashford later thanked Ronaldo on Twitter for the gesture.

The 20-year-old, who came off the bench on Saturday as United beat Tottenham 2-1 to reach the FA Cup final, has previously described Ronaldo as something of an idol for youngsters at Old Trafford.

“I used to watch a lot of him growing up, all of his games,” he told the Telegraph. “He was a top player who won a lot of things in his career, so when you know he’s saying good things about you then it really stands out.

“I watched all those clips on YouTube and my first-ever game that I saw live, he was playing in it. It was at Old Trafford and I always remember it. It was in 2003. He scored a hat-trick.

“I was only young, I was five. He was my brother’s favourite player, that’s why I’ve grown up watching so much of him and his games.” 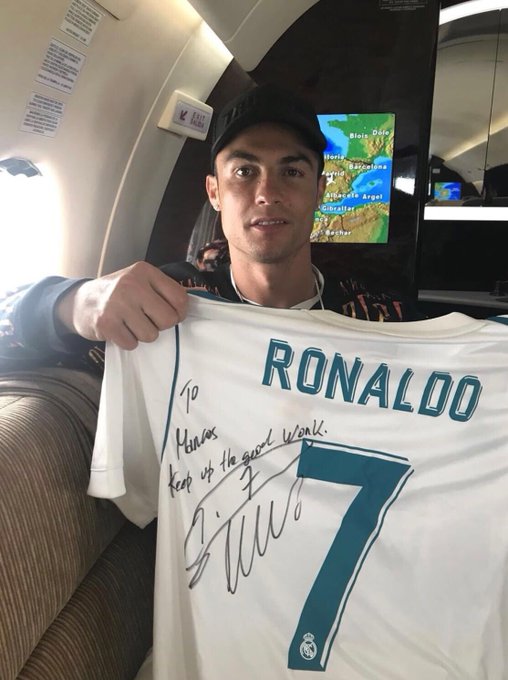