Roma produced one of the finest comebacks in Champions League history to beat Barcelona, and Alessandro Florenzi says they were perfect.

Alessandro Florenzi believes Roma outclassed Barcelona tactically and performed “perfectly” as they won 3-0 to pull off one of the Champions League’s greatest comebacks and reach the semi-finals.

Barca went into Tuesday’s quarter-final second leg at the Stadio Olimpico with a 4-1 lead, making them massive favourites to progress to the last four.

But things did not go to plan for Ernesto Valverde’s men, as Edin Dzeko got Roma fans dreaming with his sixth-minute opener, before Daniele De Rossi made it 2-0 from the penalty spot just before the hour mark.

And with Barca trying to hold on, Kostas Manolas got the crucial goal eight minutes from time with a glancing header, Roma edging through thanks to their away goal. 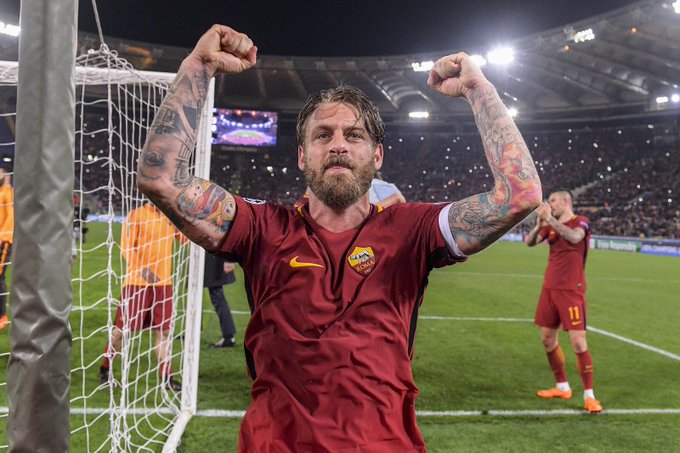 “To be honest, we never really felt it was at risk tonight, as Barcelona did nothing to cause us problems,” Florenzi told Mediaset Premium. “We played perfectly and performed right from the start to the last minute.

“Tactically, we were a level above them. If Barcelona can’t play the ball to feet and pass it around comfortably, they really struggle.

“At half-time, the coach [Eusebio Di Francesco] said to keep doing what we were doing and to stay calm – we knew we could create something magical here.

“Gradually it happened and we secured a result that will go down in Roma’s history.”