Andres Iniesta – linked with a move to China – hinted at a Barcelona exit after they were knocked out of the Champions League by Roma.

Veteran midfielder Andres Iniesta revealed he might have played his last Champions League match after Barcelona sensationally crashed out in the quarter-finals at the hands of Roma.

Barca won the opening leg 4-1 at Camp Nou but the unbeaten LaLiga leaders came unstuck in the Italian capital, suffering a stunning 3-0 defeat as they were eliminated on away goals.

Iniesta has been linked with a move to the Chinese Super League and Tianjin Quanjian and the 33-year-old hinted at a possible departure after the match, having given himself a deadline of April 30 to decide his future.

“It’s a possibility that this might be my last game in the Champions League but right now this is hard for all the team, all of us,” Iniesta said, via UEFA.com.

“We so wanted to win this tournament but we’ve failed to do so again.” 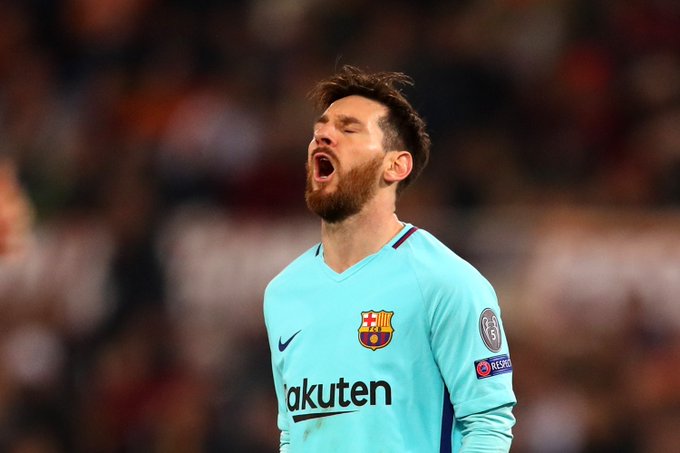 1 – It’s the first time in their history in European Cup/Champions League Barcelona are eliminated in the knockout stage after winning by at least 3 goals in the first leg. Romatada. #RomaBarça
Goals from Edin Dzeko, Daniele De Rossi and Kostas Manolas clinched a dramatic comeback at the Stadio Olimpico, just over a year on from Barca’s own famous last-16 turnaround against Paris Saint-Germain, which finished 6-5 on aggregate.

Greek defender Manolas completed the unlikeliest of wins with eight minutes remaining, as the Catalans were beaten in the knockout phase after winning the first leg by at least three goals for the first time in their history.

“With the advantage we had, we went out because we really did things badly. The Champions League punishes you for that.”