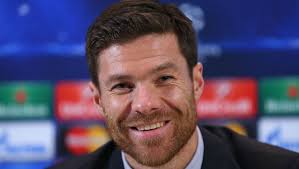 Xabi Alonso says that football fans the world over shouldn’t dismiss Real Madrid in the race for the Champions League.

The former Merengues and Liverpool legend was speaking ahead of a trial that he is set to attend over alleged tax evasion.

Speaking at a press conference, the technically gifted former midfielder claimed that Real “are always favourites for everything”, including their third straight jug-eared trophy, something that hasn’t happened since the 1970s, and never since the competition changed name and format in the early 90s’.

“They’re always favourites for everything, but more so in the Champions League,” the former Sociedad darling said. I’m happy because they’ve regained the level they like to play at.”

Though the Galacticos have been thoroughly disappointing in Spain (they are eleven points behind Barcelona in La Liga), they showed that they have some of their old touch left, easily sweeping PSG aside 5-2 on aggregate in the Champions League Round of 16.

“They’re a bigger favourite than Manchester City,” Xabi continued, “because City haven’t won anything yet.

Alonso also came out in defence of Coach Zinedine Zidane, who “has earned the right to decide what he wants to do about his future after what he has won.”