Breaking News: Rashford will never be a striker at Manchester United – Shearer

The 20-year-old has most often been used in a wide attacking role for the Red Devils, particularly under Jose Mourinho, despite admitting his preferred position is in the centre.

Rashford played alongside Harry Kane in such a role for England against Spain on Saturday and opened the scoring in the home side’s 2-1 defeat at Wembley.

Shearer, the Premier League’s record goalscorer on 260, believes Rashford has the potential to become a top-class finisher but thinks that is almost impossible under Jose Mourinho at United.

“Even if Lukaku did not play, my money would be on Alexis Sanchez being moved into the middle and further forward. 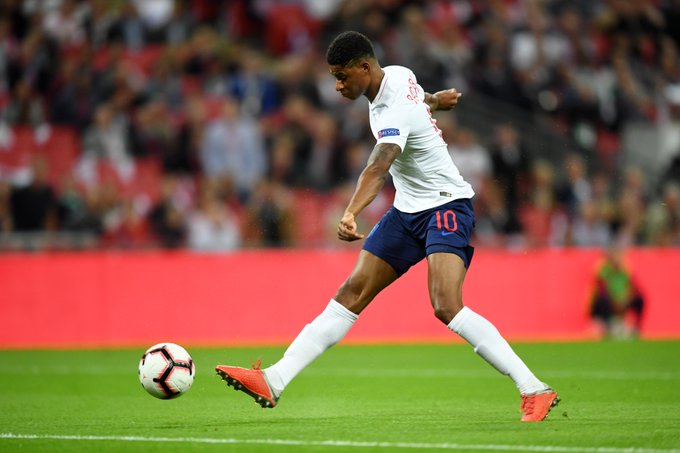 “And would Mourinho really turn to Rashford if he needed another striker? Or would he go to the transfer market for a tried and trusted ready-made goalscorer?

“Rashford has been played so long in a wide position in a three, that it does take time to readjust to his natural position.

“Time is not a great commodity in football nowadays. I am not advocating Rashford moves away from Old Trafford. It is a great club to be at. But if he wants to achieve an ambition to be recognised as a great goalscorer it is just not going to happen there.

“He would need to move with the assurance that his next club will make him the main man, the striker, the one up top or one of two. Then I truly believe he would develop into a goalscorer.”

Rashford missed two other good opportunities in the loss to Spain, in which goals from Saul Niguez and Rodrigo Moreno secured the victory for the visitors, but midfielder Jordan Henderson thinks the forward looks to be in encouraging shape.

“We all know how talented Marcus is,” he said. “It was a great finish. He had another one or two chances that maybe he would have liked to have scored but I thought he looked sharp.

“He was lively and he’s always a threat on the counter-attack. He’s a fantastic young player so he just needs to keep learning and improving. He’s a big part of our team.”