The Kremlin has denied US claims that Russia’s nuclear-powered cruise missile with “unlimited” range crashed after only 22 miles.

The weapon was one of a range of “invincible” nuclear arms announced by Vladimir Putin during a speech in March.

“Since its range is unlimited, it can manoeuvre as long as you want,” Mr Putin said. “For now, no one in the world has anything like this.”

But sources with direct knowledge of a US intelligence report told CNBC that four tests of the missile between November and February all resulted in crashes.

The longest flight lasted two minutes and covered 22 miles, while shortest ended only four seconds and five miles after launch, they said.

CNN previously quoted a US official as saying the cruise missile had crashed during tests.

“Listen to the president of Russia Vladimir Putin and believe him,” Mr Peskov said.

After taking off with conventional fuel, the cruise missile is designed to be powered by a small nuclear reactor during flight.

Although Mr Putin had said the nuclear unit had successfully powered up and “provided the necessary level of thrust,” US intelligence claimed this component had failed to start.

Kremlin officials allegedly ordered the tests over objections from engineers that the weapon system was not ready.

The US intelligence report did not mention the health or environmental impacts potentially caused by damages to the missile’s reactor. 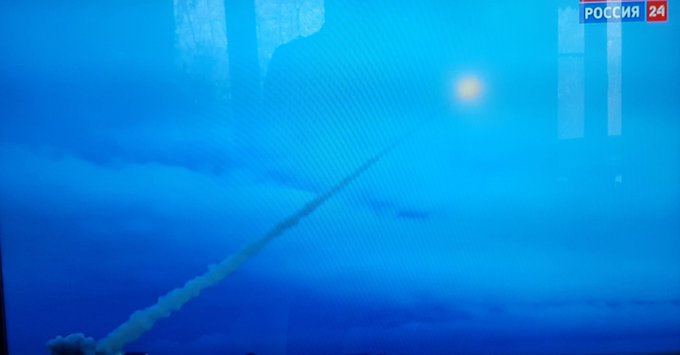 Vladimir Putin first touted the cruise missile during a sabre-rattling March speech in which he said Russia had developed “invincible” nuclear arms including a glider warhead, hypersonic missile and underwater drone. One of the accompanying computer animations showed warheads raining down on Florida.

The “Dagger” hypersonic missiles Mr Putin mentioned were later displayed on the belly of MiG-31 jets roaring over Red Square during the annual Victory Day parade this month.

The new nuclear weapons were designed to overcome US missile defence systems in countries like Poland and Romania, which “violate the strategic balance” between nuclear powers, he argued.

“No one wanted to listen to us. Listen to us now,” Mr Putin said.

The speech raised fears of a Cold War-style arms race, as US president Donald Trump promised this year to expand the US nuclear arsenal to Russia.

While the Russian cruise missile does not appear to be ready, the hypersonic glider warhead able to penetrate US defences will be operational by 2020, CNBC quoted US officials as saying.

Russia tested the highly manoeuvrable weapon twice in 2016, they said. A third test launch in 2017 crashed seconds before hitting its target, but Moscow is expected to try again this summer.

Breaking News: A G7 summit with hospitality on the table