Neymar has been rested for Paris Saint-Germain’s clash with Saint-Etienne on Friday ahead of their Champions League date with Liverpool.

PSG coach Thomas Tuchel said in his pre-match news conference on Thursday that he was toying with the idea of leaving Neymar out of the squad following the international break.

Neymar started – and scored in – both of Brazil’s friendlies against United States and El Salvador, leaving Tuchel to ponder whether it was worth risking him against Saint-Etienne due to his travels.

Ultimately, the German has opted to leave Neymar at home to ensure he is completely fresh to face Liverpool at Anfield in their Champions League Group C opener on Tuesday.

However, Neymar’s Brazil team-mates Marquinhos and Thiago Silva have been included in Tuchel’s 19-man squad, while new signings Eric-Maxim Choupo-Moting and Juan Bernat are in line for their debuts.

There is also a place for Marco Verratti, who has not featured competitively for the club since the end of March due to a groin injury.

Kylian Mbappe begins the first of his three-match ban after getting sent off against Nimes last time out. 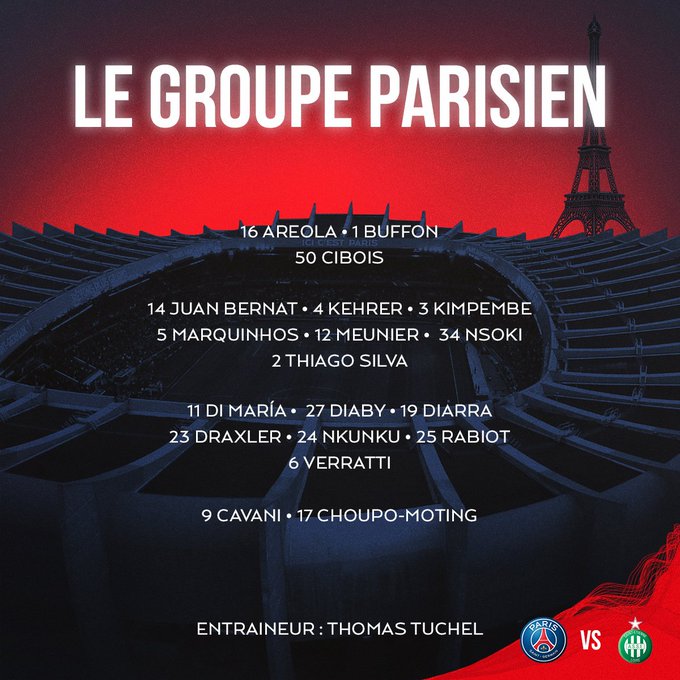 Breaking News: LaLiga should be equal – Lopetegui hits out at Barcelona Miami game