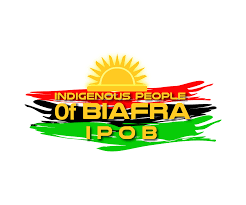 The Indigenous People of Biafra (IPOB) has described the re-election bid of President Muhammadu Buhari as a “welcome development”.

Buhari announced on Monday that he will be seeking re-election in office during the 2019 elections.

He said this is because of the “clamour” by Nigerians urging him to seek a second term.

In a statement on Tuesday, Emma Powerful, IPOB spokesman, said the president’s decision portends goodwill for its members.

“We have always maintained that the rebirth of Biafra will happen under Buhari or under whoever is answering to his name,” he said.

“This second coming of Buhari portends goodwill for freedom lovers because God Almighty wants to fulfill his divine purpose in the life of Biafrans in 2019 as foretold by our leader Mazi Nnamdi Kanu.”

Powerful said though IPOB “has lost a lot of people” in its quest for a sovereign state of Biafra, “no amount of tribulation will stop us from emerging victorious as a free people at the end of this process.

“We urge our brethren in the Middle Belt and Western Nigeria not to give up or capitulate in this our collective quest to free our people from the shackles of caliphate domination and creeping Islamisation.

“IPOB will not relent in its pursuit of total liberation. The continued existence of this disastrous APC government is our passport to freedom.”

Regardless of The Opening You Slither Into, We Will Track down You – Buhari…