Zinedine Zidane says Real Madrid will not give Barcelona a guard of honour in May’s Clasico, prompting a sarcastic Gerard Pique response.

Gerard Pique has poked fun at Zinedine Zidane’s refusal to give Barcelona a guard of honour in the Clasico next month, claiming the decision will cause him to lose sleep.

Zidane has said Real Madrid will not give the Catalans the customary show of recognition ahead of the LaLiga meeting at Camp Nou in May, assuming Barca have won the title by then.

The Frenchman this week accused Barca of breaking tradition when they refused to hold a guard of honour following Madrid’s Club World Cup win in December.

But Pique, speaking after his side’s 3-1 win over Leganes on Saturday, did not appear unduly affronted by Zidane’s decision.

“I’m not going to sleep tonight,” he replied with a smile when asked about the issue by Movistar Partidazo.

Barca’s win, which came courtesy of a hat-trick from Lionel Messi, saw Ernesto Valverde’s side equal the LaLiga record of 38 consecutive matches without defeat.

The result also gives the league leaders a 12-point lead over Atletico Madrid, who face the reigning champions in the derby on Sunday.

“The all-time unbeaten record is the result of getting things right all season,” said Pique.

“We had a great first half and then eased off in the second. The important thing is that we are still comfortably poised at the top of the table.” 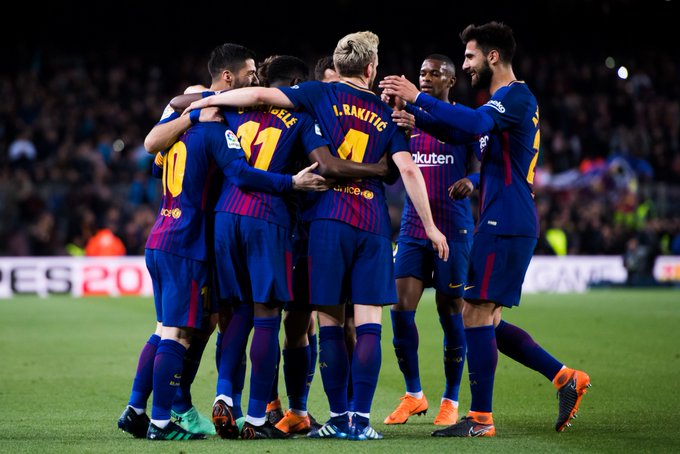