The former Reds striker has seen his single-season goal record for the club come under threat this season from a man enjoying a remarkable debut campaign at Anfield.

Having been snapped up from Roma in the summer of 2017 for £36.9 million, Salah has offered an immediate return on that investment by finding the target 36 times to date.

He needs just 11 more to match Rush’s haul from 1983-84, with his exploits already seeing him placed into a talent bracket alongside iconic figures at Barcelona and Real Madrid.

Rush told Sky Sports of Salah’s dazzling displays: “You can look at Fernando Torres and Luis Suarez and he is up there with any Liverpool forward to have come in [during the Premier League era].

“He’s been absolutely amazing but the thing with Salah is that he is so down-to-earth as well.

“The game against Watford was the best I have ever seen him play, he was untouchable – not just because of his four goals but also because he wasn’t selfish and was trying to make goals for his team-mates.

“There are only two players I have seen that can play at that level, and that’s Lionel Messi and Cristiano Ronaldo.”

While Salah has been the brightest star in the Liverpool galaxy this season, he has been ably assisted by those around him.

The fearsome attacking unit he forms part of alongside Roberto Firmino and Sadio Mane has plundered 73 goals as a collective, with Jurgen Klopp having been quick to hail his ‘Fab Three’. 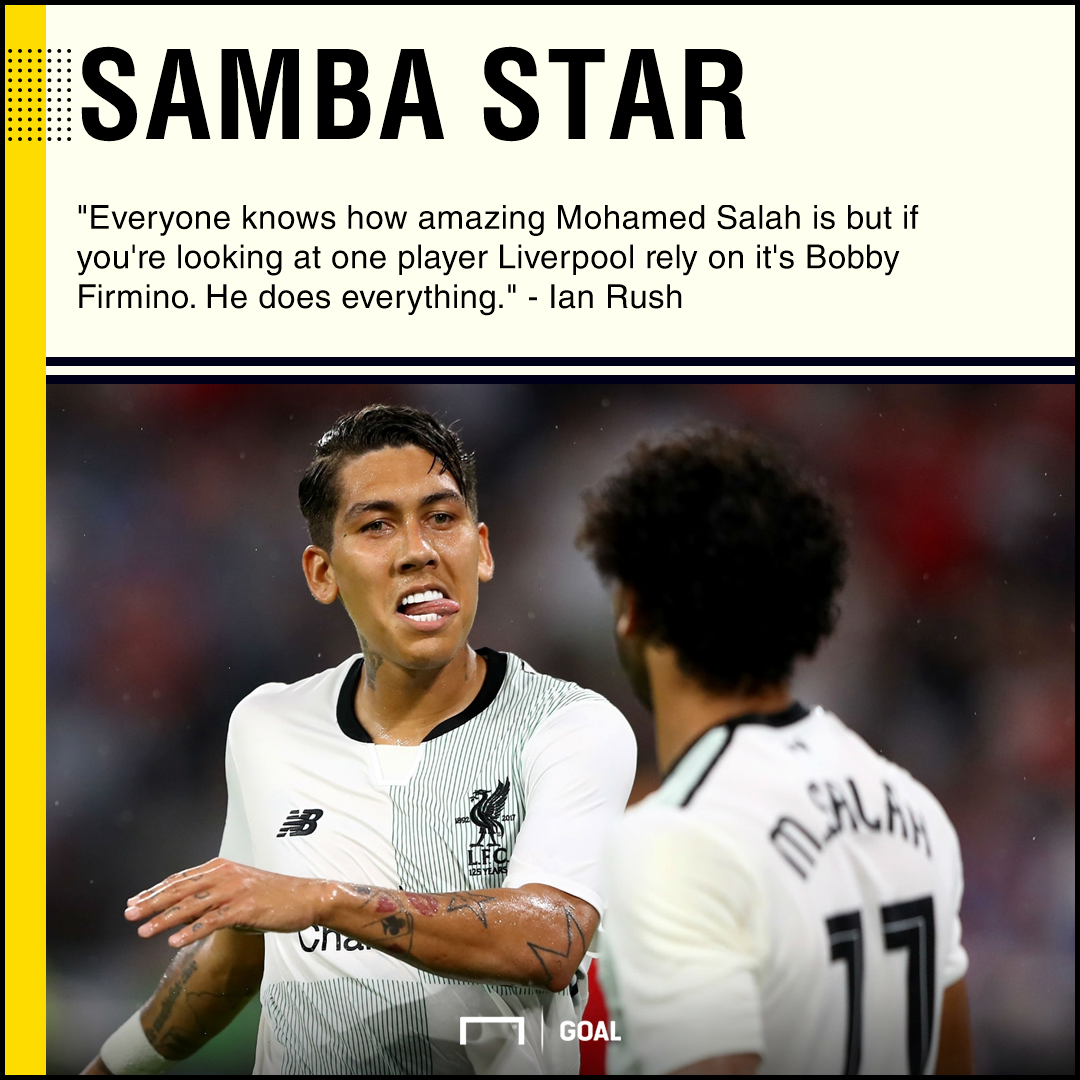 Rush has added his voice to the plaudits, with the ex-Wales international a big fan of the unique qualities Brazil star Firmino adds to the Reds’ ranks.

He added: “Everyone knows how amazing Mohamed Salah is but if you’re looking at one player Liverpool rely on it’s Bobby Firmino.

“With his closing down he reminds me a little bit of myself. Not only does he work hard for the team, he’s also very skilful – he does everything.

“He may not be regularly getting 30 goals a season but he makes the opposition make mistakes. He is a rare breed of a Brazilian and I think his talents suit the Premier League down to a T.

“He is tireless and every manager would love a player like that in his team. We are very, very lucky that we have him in our side.”