Breaking News: No Ronaldo or Modric as Zidane rests stars for Sevilla clash

A number of Real Madrid players have been left out of Wednesday’s trip to Sevilla, with the Champions League final just over two weeks away.

Real Madrid will be without several first-team stars for the LaLiga clash with Sevilla on Wednesday, including Cristiano Ronaldo.

Zinedine Zidane has left the Portugal star out of his plans after he picked up an ankle injury in the 2-2 draw with Barcelona last Sunday.

It is still hoped Ronaldo will be fit for the Champions League final, though, with Zidane having backed the 33-year-old to recover fully.

Keylor Navas, Marcelo, Raphael Varane, Luka Modric and Toni Kroos have also all been rested for the trip to the Ramon Sanchez Pizjuan.

Injured duo Isco and Dani Carvajal have not been risked, while Gareth Bale, who scored the equaliser in the Clasico draw, is suspended.

Madrid play three more league games before taking on Liverpool in the Champions League final in Kiev on May 26.

A win on Wednesday will move them level on points with second-place Atletico Madrid, with matches against Celta Vigo and Villarreal to come. 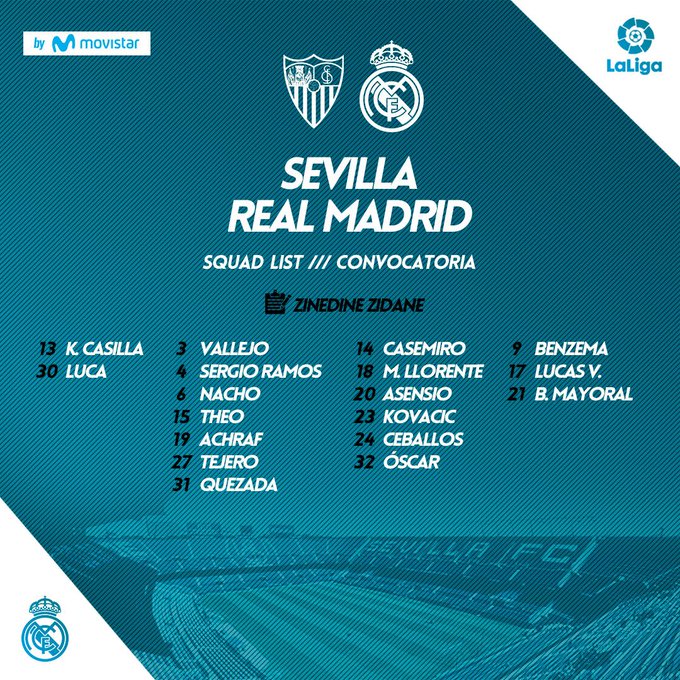