Pep Guardiola placed Paul Pogba at the heart of the build up to Saturday’s derby but the Manchester United midfielder had the last laugh.

Two goals in the space of 97 seconds early in the second half brought United level after Vincent Kompany and Ilkay Gundogan gave City a commanding 2-0 lead at the interval.

The damage would have been greater had Raheem Sterling not spurned a pair of glorious chances but City’s wastefulness came back to haunt them as Chris Smalling volleyed a 69th-minute winner.

Guardiola sensationally claimed Pogba’ outspoken agent Mino Raiola touted his client for a move across town in January – a prospect that seemed fanciful as the 25-year-old led boisterous on-field celebrations for United on Saturday.

“I often make mistakes,” Mourinho pointedly told reporters when asked whether Guardiola had erred by recounting the episode in a remarkable pre-match news conference.

“It’s no problem. I don’t even think about it.

“It is normal that sometimes they come with a little touch on each other but I was not worried about it, I was not upset with it and I didn’t speak with Paul about it. 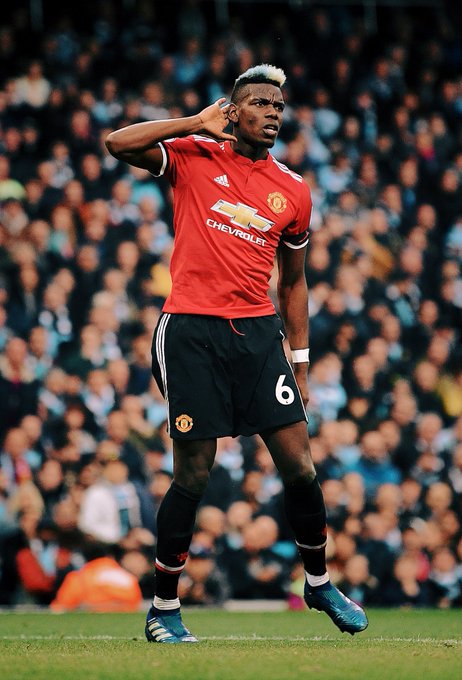