Breaking news: Mourinho blasts ‘the worst manager in the history of the PL’ 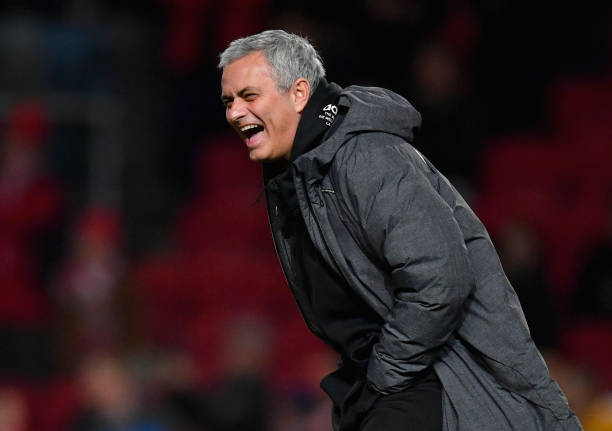 Jose Mourinho has blasted “the worst manager in the history of the Premier League” for his views on Marcus Rashford.Frank de Boer said that “it’s a pity” Rashford plays under Mourinho, as his game time has been restricted under the Portuguese.

The 20-year-old struck twice in the 2-1 victory over Liverpool, from which you should read 16 Conclusions.

But De Boer decided to use his platform to criticise the United manager.

“It’s a pity that the manager is Mourinho because normally he’s an English player you want to give him time and he can then make mistakes. But Mourinho is not like that. He wants to get results,” the former Crystal Palace manager told BT Sport.

“If he has one or two not good games, he puts him out.

“He’s a player, he’s very young, he needs games, but he’s so talented. You want to see this player every week.”

Asked about the comments on Monday, Mourinho offered an emphatic response to a manager who was sacked by Crystal Palace after just seven games this season.

“I read a quote from the worst manager in the history of the Premier League, Frank De Boer – seven matches, seven losses, zero goals – that Marcus would not learn under me,” he said.

“If Marcus would be coached by Frank, he would learn how to lose.

“I try to give the best to the kids, education. I have to be honest and give the credit to the people of the academy that were responsible for his formation and to Van Gaal for his first season in the first team.

“But if you go to his numbers and how many games he played with me, I would say he was in the top five with more matches for two seasons. With Scott [McTominay] the best thing to happen is to have experience. And Marcus is having these experiences. I’m really happy too.

“He plays for United many matches, he starts some, comes from the bench for others.

“I am really pleased with everything. Does he play every match from the start? No? Of course not. He’s a player we trust. Not many were expecting you to start against Liverpool and he had a good match. It’s not just about scoring goals. I’m really happy with Marcus.”