Antonio Conte has hailed Olivier Giroud’s impact after arriving at Chelsea from Arsenal in January, but insisted the French striker has not superseded club-record signing Alvaro Morata after both players scored in the FA Cup semi-final win over Southampton.

Giroud was bought to help fill the void left by the departure of Diego Costa for Atletico Madrid, and started ahead of Morata in the last-four clash with the Saints at Wembley on Sunday.

The former Montpellier frontman gave Chelsea the lead in the 46th minute and substitute Morata made sure of the Blues’ place in the final by doubling their advantage just two minutes after coming on.

Conte acknowledged the importance of acquiring a player with Giroud’s skillset to implement his preferred tactics.

“I think, for sure, it has been a good signing for us,” the Italian said.

“As you know very well, I needed a player with this characteristic; strong physically, to hold the ball up and allow our number 10 to make combinations with him.

“Morata is an important striker. I think he’s younger than Olivier. He has less experience. He is less strong physically but, at the same time, is very fast to act on the space.

“I’m pleased for both… because in the last game against Burnley we started the game with both players and they showed a great link-up.

“I’m very pleased to see that, because I have another option now. Another card in my hand during the game.

“But when Morata came on, the impact was impressive. In the same way as Pedro’s impact, which was important. And also [Tiemoue] Bakayoko.” 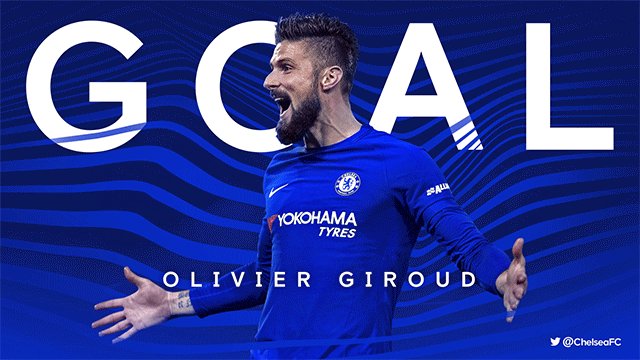 While Chelsea have reached an FA Cup final against Manchester United, they are a distant fifth in the Premier League table, having failed to mount an effective defence of their title.

And Conte, who has regularly hinted at his dissatisfaction with Chelsea’s off-season recruitment, offered a cautious assessment of the team’s efforts this term.

“I think that… we are working very hard with the staff, with the players,” he said.

“As you know very well, it’s not simple to play in this league because I think this is the only league where six teams fight to win the title and find a place in the Champions League. Not simple.

“It will be more difficult year by year. You must know this.

“If you do know this, you must prepare a season in a strong way.

2019 presidency: Obasanjo reveals why Igbos should vote out Buhari, speaks on killings