Breaking News: Mohamed Salah to Be Rewarded by Saudi Arabia with Piece of Land in Mecca

Liverpool star Mohamed Salah will be rewarded for winning the PFA Player of the Year award with a piece of land in the holy city of Mecca.

Fahd Al-Rowky, the vice president of the local municipality in Mecca, Saudi Arabia, told national outlet Sabq (h/t Farah Tawfeek of the Egypt Independent) of his plans. He said the Egyptian is an excellent ambassador for Islam in the United Kingdom and the move would show support toward young people of great potential.

“There are several choices regarding giving this piece of land,” he said. “The way to go will be determined by captain Mohamed Salah as well as the Saudi system. If the Saudi system allows the land to be owned by Salah, he will be given a piece of land in holy Mecca outside Haram. The other option will be to have a mosque built on the land in his name.”

Another option, should Salah request it, would be to sell the land and give forward the proceeds.

The 25-year-old has had a monumental first season at Anfield, per the UEFA Champions League’s official Twitter account: 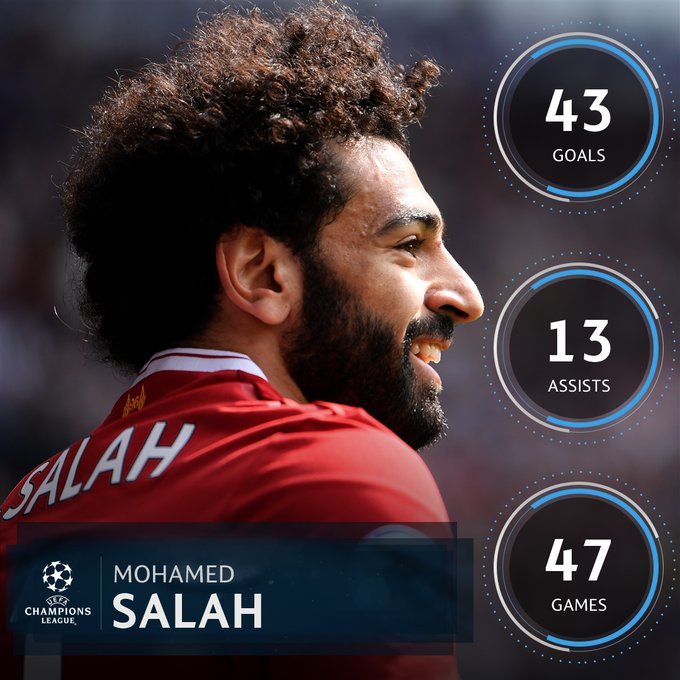 Salah starred in the Champions League on Tuesday as he plundered two goals and as many assists to help Liverpool take a 5-2 lead in their semi-final first leg against his former side Roma.

Football writer Leanne Prescott lauded him for his efforts:

The performance came after he was named Player of the Year on Sunday, in which he became the third Muslim player in a row to win the award after Riyad Mahrez in 2016 and N’Golo Kante last year.

Bleacher Report’s Dean Jones believes he’ll be in contention for football’s greatest individual prize this year if he maintains his outstanding form:

Salah has lit up the Premier League and the Champions League this season with a number of mesmerising performances, and he has been an example off the field, too.

As well as redirecting much of the praise he has received on to his team-mate, Salah’s charity work in his local community in Egypt has also helped people with access to better education and healthcare.

Breaking News: 3 Things Roma need to do to beat Liverpool and reach the Champions League final