Diego Simeone does not appear convinced by Atletico Madrid’s LaLiga title chances because of the form of Barcelona star Lionel Messi.

Atleti closed to within nine points of the league leaders with eight games left to play thanks to Sunday’s 1-0 win over Deportivo La Coruna.

Barca had looked set to lose their first top-flight match of the season 24 hours earlier, only for Lionel Messi to come off the bench and inspire his side to rally from 2-0 down to draw 2-2 with Sevilla.

And Simeone thinks his compatriot is the key difference between the top two teams.

“We’re having a very important league campaign. We’ve already seen what happened at Sevilla,” he told a news conference.

“Without Messi, Sevilla would have won 2-0. With Messi on the pitch, Barca won 2-0, although the final score was 2-2.

“Messi is the decisive factor. We want to keep improving our numbers from last season.” 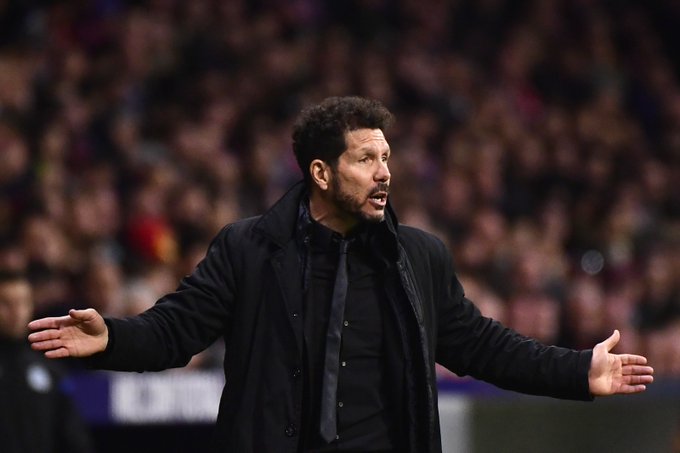 Atleti, who were missing the suspended Antoine Griezmann, claimed a relatively comfortable three points over struggling Deportivo thanks to Kevin Gameiro’s first-half penalty.

Simeone felt his players allowed their level to drop in the second half but was pleased with the result, especially in the wake of a busy international break.

“We had the difficulty of the suspended players but we responded with a result that we needed,” he said. “A lot of players left for their national teams and played two games.

“The first half was better than the second, we got the goal and we had another chance.

“We faced a team in need of results. Deportivo played an intense game, with danger, they never wanted to give up the game, and we couldn’t finish it off.”

Breaking news: 5 of the most emotional moments in football