Chelsea boss Antonio Conte has labelled Manchester United as the favourites to claim the FA Cup.

Antonio Conte does not believe Chelsea will be the favourites in the FA Cup final against Manchester United.

A sensational goal from Olivier Giroud and superb header from Alvaro Morata sealed a 2-0 victory for Chelsea against Southampton in their semi-final at Wembley on Sunday.

United saw off Tottenham 2-1 on Saturday, and Conte – whose side lost to Arsenal in last season’s final – claims the Red Devils will likely be the favourites.

“It will not be easy,” Conte, whose side sit fifth in the Premier League and 11 points behind United, told BT Sport.

“We started to play the final [last year] as favourites, I think in this season we are not favourites. But we want to try to change the prediction.”

After a frustrating first half, Giroud set Chelsea away in the 46th minute when he slotted home at the culmination of a fine run through Southampton’s defence.

Giroud made way for Morata, who completed the victory with a neat header, and Conte was delighted to reach a second successive FA Cup final.

He said: “Another final, an FA Cup. As we know it is not easy and not simple to play two finals in a row in this country and especially this competition, an important competition.

“I’m pleased especially for our fans because I think they are the people that deserve this win the most.

“Now it’s important to try to finish the season as strongly as possible, in the best possible way, and think about the final.” 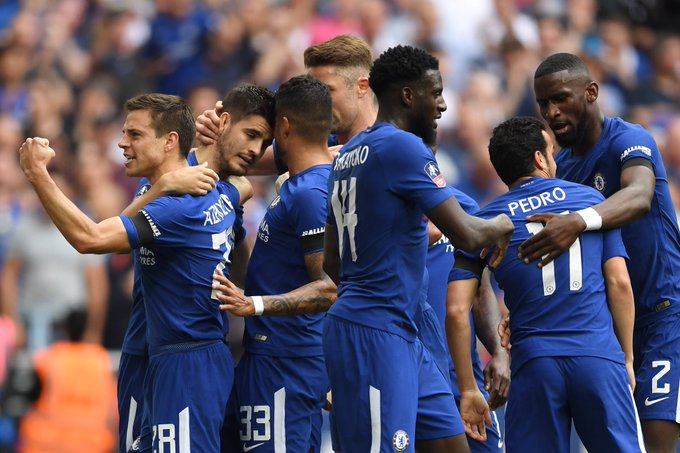 2019 presidency: Obasanjo reveals why Igbos should vote out Buhari, speaks on killings