Manchester United eased past a Swansea side that was tacked down by a sense of laxity for the greater part of the game thanks to goals from Romelu Lukaku and Alexis Sanchez. Going into the game just having let go of the second spot on the Premier League table to Liverpool, Jose Mourinho would have wanted nothing else but all three points from his side.

With an authoritative first half performance where they seemed to absolutely relish the freedom of Old Trafford, afforded to them by the traveling Swans, United’s attackers ran riot as Carlos Carvalhal’s side consistently came up second best everywhere.

It was a typical Red Devils performance in so much as they have ended the game perhaps 2 or 3 goals short of what they should have got, owing to some impressive all-around play except for in front of goal.

Meanwhile, the relegation battle has got all the more riveting as the Swans get further absorbed into the thick of things. Without hanging fire, let’s get to the key talking points from the game.

Within the first five minutes, there was a feeling that some of the swagger had returned and was waiting by the gates at Old Trafford. Then the Red Army bombed forward with some intricate passing and clever movement to throw Swansea off balance.

Mourinho deployed Paul Pogba in a deeper role alongside Nemanja Matic but thanks to the room afforded to him, Pogba decided to frolic about and, with him dragging the game by its ears, there was only one way the game was going.

Matic put in yet another fine shift as he thwarted anything that the Swans created through the middle with some timely interceptions and reading of the game.

Going forward, the United players, agile and mobile even in the absence of Anthony Martial and Marcus Rashford, offered the Swans no peace of mind. Jesse Lingard, in particular, was a thorn in the flesh for Carvalhal’s men with his turns and ability to weave in some defence-splitting passes.

They should have added more for all the creativity they brought to the ground but it was not to be. But add some stoic defending to the mix and as soon as United scored those 2 goals, the game was done and dusted.

#4 Swansea miss Ayew, miss a trick and get absorbed into the drop zone battle

If there is anything that is pretty clear about this Manchester United team, it is that they are not good against pressure, or the high press. There is a good reason for this.

They have struggled when teams squeeze them for room because running is quite an important part of most of their best players’ game. And today, Carvalhal missed a trick by deciding to sit back and afford plenty of room for Matic, Juan Mata, Pogba and Lingard to operate.

They hardly offered anything going forward in the first half and ended the half with less than half a dozen touches in the opposition penalty box.

Jordan Ayew won’t be available for another game and the Swans missed his pace and drive in attack. On more occasions than one, their attack looked stripped off any kind of creativity or sharpness as their best forays into the final third came down the wings.

With only 31 points from as many games, Swansea sit 15th on the table – tied on points with Huddersfield, a point ahead of Crystal Palace and only two points clear of Southampton who are leading the teams in the relegation zone right now.

#3 Romelu Lukaku and Jesse Lingard are in fine form

Who would’ve thunk that Jesse Lingard would displace Dele Alli from the England international side at the start of the season? But he has now and it looks set to stay that way for a while as he is making the best out of his best season yet for Manchester United.

Lingard was right up there tonight among the best performers for Mourinho’s side as his running and evasiveness did the Swans’ head in during the first half. He brought about a swagger with his deft touches and immaculate understanding of his teammates’ movements.

And despite all the criticism that has been thrown his way, Lukaku will walk out of this season a happy man and he has every right to be. He should have netted a couple more because it was that kind of game and that’s where he perhaps comes short of Mohamed Salah, Harry Kane, and Sergio Aguero.

But Lukaku was all about the industry surging forward today as he wrestled past players on half a dozen occasions, held the ball up well, linked up brilliantly at times with Mata, Pogba, Lingard and Alexis Sanchez and got his 100th Premier League goal to show for it. 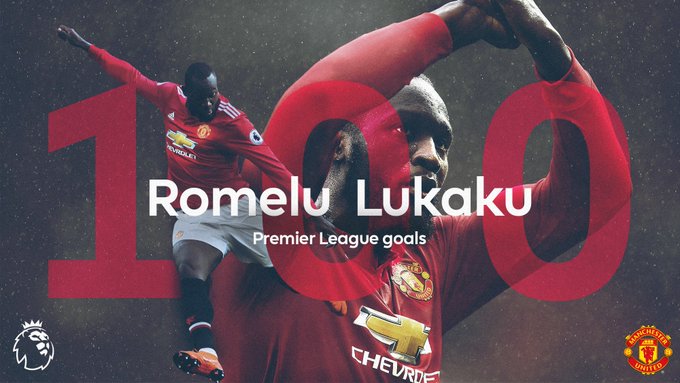 In Lukaku and Lingard, United have two fine in-form players and there are some great signs for them ahead of the next season. (This one’s already done and dusted and everyone with a sane top should have moved on a month ago.

The Welsh side were always going to struggle against Manchester United at Old Trafford. They had been swept aside earlier in the season by the Red Devils when Mourinho’s men turned on the afterburners in the last 10 minutes and smashed and grabbed three goals from it.

They showed a bit too much respect for United in the first half but in the second, with the introduction of Tammy Abrahams and Carvalhal deciding to let his players off the leash, Swansea looked like a whole different side.

From the 52nd minute to the 65th, Swansea were the better side on the field as United’s complacency once again let their opponents boogie back into the game.

Abrahams’ mobility led to some nervy moments for the United defence and he would have even pulled one back but for the absolute brilliance of David De Gea.

Carvalhal has really revived this side and, if they can produce more of what they did in the second half – the same positive, front foot style of football, they could yet save their season and contently look forward to the next.

Alexis Sanchez and Paul Pogba were, for a long time, battling in almost the same space which greatly pulled them both back in their game. Today, perhaps for the first time since his arrival, Sanchez linked up to great effect with his midfielders and his trading offs with Pogba, in particular, is a welcome sight at Old Trafford.

This was more like the Sanchez that United thought they were signing in January. He looked fitter, sharper and greedier more than anything. That’s the Alexis that we know. The Sanchez who never gives up and is always chasing down the opposition and hounding them.

He tracked back to great effect and, more often than not, came away with the ball and his exploits were warmly lauded by the Old Trafford faithful. His movement up front was menacing and he registered an assist after sweeping the ball across the box for Lukaku to score the opener of the game.

Sanchez scored subsequently with a well-taken finish as he sent Wayne Hennessey the wrong way with a quick deceiving glance. The goal would have done his confidence a world of good and if he can produce more of the same, United would definitely get the shot in the arm they were hoping for when they signed him.

On the other side, though, after almost an hour had passed, where he was barely ever called into action, David De Gea came up with some absolute magic to deny Abrahams not once but twice in quick succession to ensure the Swans stayed silent for the rest of the encounter.

Though the second save was one you would expect the best goalkeeper in the world to make in his sleep, the first one was absolutely unreal. Abrahams picked up a cross and with a Cruyff turn, set himself up to go for goal.

With the kind of contact he made, you couldn’t blame Tammy boy for thinking he’d just got his team back into the game but De Gea intervened, like he almost always does, with a strong right hand and said, “Nah boy, closed on Saturdays.”

A lot has been said about Manchester United’s goalscoring problems and consequently, their attackers have all been in the limelight. But if there is one man who this United just cannot do without, it is none other than De Gea.

Breaking news: I don’t have €30billion in my bank account Flamini

Breaking news: 5 most entertaining teams in Europe this season