Manchester City are still not ready to win the Champions League, according to manager Pep Guardiola.

Pep Guardiola still feels Manchester City have improving to do if they are to reach the level required to win the Champions League.

City have looked more at home in Europe’s elite competition than ever this season, but their campaign could come to an end at the quarter-finals, having lost the first leg against Liverpool at Anfield 3-0.

In the group stages, City won five out of their six matches, scoring 14 goals and conceding just five.

They continued to impress with a 4-0 victory at Basel in the last-16 first leg and progressed comfortably despite a 2-1 loss in the return fixture at the Etihad Stadium.

However, their dreams of a treble are hanging by a thread after defeat on Merseyside and while some may be surprised given their dominance in the Premier League, Guardiola is not.

“From what I saw at Anfield, I think we’ve made a step forward in terms of personality to play these games,” he told a media conference on Friday.

“Last season I did not feel we were ready, right now I don’t feel we are ready, but we’ve made a step forward.

“We made a magnificent group stage and first game in Basel.

“We are still in the Champions League. Next Tuesday [against Liverpool] you will see a magnificent game.” 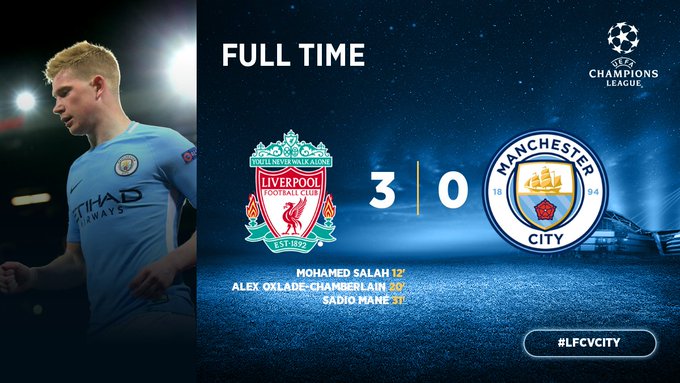 City are just one win away from lifting the Premier League title and could be confirmed after Saturday’s derby against Manchester United.

That would see City wrap up the top flight quicker than any team in English history, but Guardiola does not expect a repeat next season.

“The opponents want to beat you, you are relaxed, the intensity drops – I’ve experienced it in Barcelona. Next season will be so complicated for us.

“It’s impossible to do it without top players, you need money to buy and play at that level. We spend a lot but it’s the way we play. To achieve those results you need this investment.”