No Ronaldo, no problem for Real Madrid as Isco stars in a 2-1 win over Malaga.

Real Madrid cruised to all three points in Andalusia against Malaga with a 2-1 victory. Isco was the star of the show on his return to La Rosaleda as the playmaker scored one and assisted the other in guiding his current team home against his former side.

He opened the scoring with a sumptuous freekick and then put the goal on a plate for Casemiro to double Madrid’s lead. Malaga got one back through Diego Rolan in stoppage time after a mistake from Jesus Vallejo.

With this win, Real Madrid have now moved up to third in the league table whereas Malaga are still rooted to the foot of the standings. So to discuss this game in further detail, let’s talk about the key talking points that emerged from Real Madrid’s 2-1 win:

Despite struggling in domestic competitions this season, one thing that Zidane has excelled in is his rotation of the squad and managing the minutes of his key players brilliantly for the European games. That has resulted in the squad being fresh for the Champions League games which has been evident in their run to the semis.

Against Malaga, the likes of Raphael Varane, Marcelo, Toni Kroos, Luka Modric, Gareth Bale (rested or dropped?) and Cristiano Ronaldo were given the day off. Kroos and Marcelo were on the bench whereas the others did not travel to the south of Spain.

But despite missing the core spine of the team, Real Madrid steamrolled past Malaga with a convincing display. Mateo Kovacic was useful in midfield, Isco was at his destructive best and the wingers on the night – Lucas Vazquez and Marco Asensio provided excellent width. 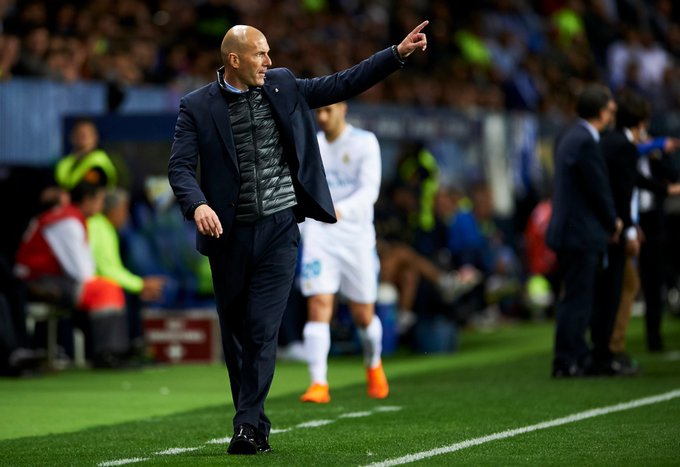 th game under Zinédine Zidane in all competitions (71.4% of wins). Master.