Former Chelsea midfielder Claude Makelele believes it will be difficult for Maurizio Sarri to win the Premier League in his first season, though he has backed the Italian to make history at Stamford Bridge.

Sarri arrived from Serie A side Napoli in the off-season as a replacement for Antonio Conte and he has overseen a flawless start to the Premier League campaign with Chelsea.

Chelsea have defeated Huddersfield Town, Arsenal, Newcastle United and Bournemouth to be one of only three teams boasting a 100 per cent record after four matches.

While dethroning champions Manchester City might be difficult, Makelele – a two-time Premier League winner with the Blues – is expecting big things from Sarri. 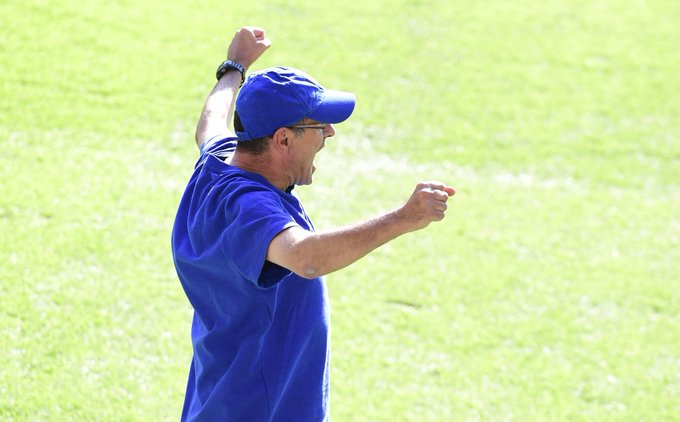 “I think Chelsea changed a lot,” Makelele told reporters. “Before now you have a lot of teams in the Premier League, it’s competitive.

“Manchester City, Manchester United, and also the smaller teams have good players. So it’s going to be difficult for them to win the Premier League. I’m confident.

“He [Sarri] still has good players, [Eden] Hazard is there, [N’Golo] Kante is there. These kinds of players give a different story about Chelsea than the way we knew Chelsea before.

“I think he has the capacity to make history for Chelsea again.”

Chelsea will host Cardiff City on Saturday when the Premier League resumes following the international break.

Breaking News: What does it feel like to be Jose Mourinho right now?