An entertaining 2-2 draw at home to Bayern Munich on Tuesday was enough for Madrid to reach the final for the fourth time in five seasons with a 4-3 aggregate win.

Zidane, who has not been knocked out of the competition since taking over at Madrid in 2016, said his side’s European dominance was incredible.

“We are still only in the final. We must be happy. It’s not usual to be in a final for the third time in a row. That’s not normal,” he told a news conference.

“Now, what we have to do is try to win. We will do everything possible, to fight, to defend our title at any cost, but it’s nice to get to the final for a third time in a row.”

He added: “It’s not just this team, it’s this club. It’s the history that comes from a long time ago. We are writing history like everyone else has done before us.

“We are doing that. We are happy. Real Madrid never gives up, even through difficulties, like we had [against Bayern]. But we believe in what we do and we will fight to achieve things.” 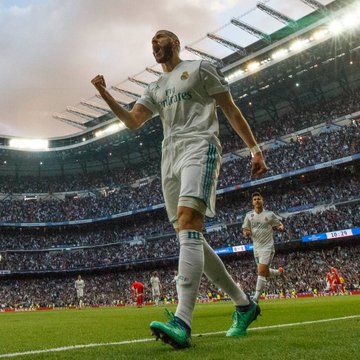 A brace from Karim Benzema helped Madrid in the second leg at the Santiago Bernabeu.

The French striker has scored just 11 goals this season, but has consistently been backed by Zidane.

“Karim showed in a Champions League semi-final, as he did last year, how good a player he is,” Zidane said.

“He never gave up and I am happy for him, but I had Karim’s back as I would have done for all my players. I always will. It’s not only Karim.

“I think players are the ones who give us satisfaction. I am not the only one working. I have staff, we put things in place and they are on the pitch.

“They fight and when we get a good result, it’s great for everyone.”

See adorable photo of singer Timaya with his pretty daughters