Breaking News: Liverpool vs Real Madrid: 5 things you must know

Is Liverpool vs Real Madrid the most anticipated match in Champions League history?

In what promises to be a terrific encounter, Real Madrid are set to face off against Liverpool in this year’s UEFA Champions League Final.

Both sides have displayed a tremendous amount of dedication and perseverance to get to where they are today. Being hailed by some as one of the most anticipated finals of all-time, this match has all the ingredients of an intriguing finale.

However before we head to Kyiv next weekend and reflect on what transpires, there is plenty of factual information that we need to go through. With plenty at stake, Mohamed Salah and Cristiano Ronaldo will be looking to etch their names in the history books for the respective sides – so here are five things you must know before this season’s Champions League final.

#1 Liverpool are in the Champions League Final after 12 years

Despite being one of the world’s most admired teams, Liverpool are yet to get their hands of Europe’s biggest prize in recent years. While Brendan Rodgers did make them dream during his tenure on Merseyside, the Reds still fell short of reaching Premier League glory.

The Red Men have won the Champions League on five occasions in their illustrious history, with the last victory coming in Istanbul back during the 2004/05 campaign against AC Milan in a thriller. The Italians managed to secure their revenge though, two seasons afterwards at the same stage. 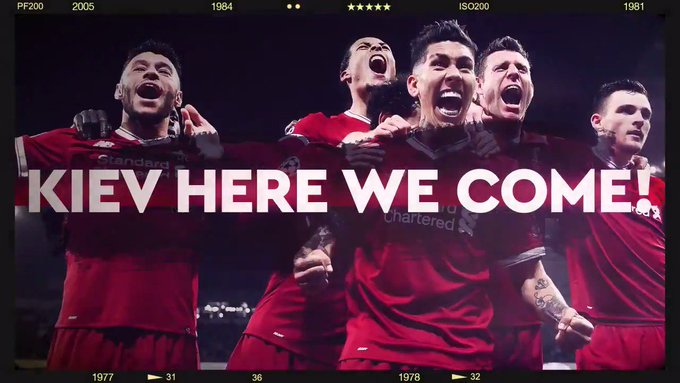 There’s no denying that many top players have left Liverpool to pursue Champions League ambitions, with Luis Suarez and more recently, Philippe Coutinho to name just a few. This says a lot about the club’s performances among Europe’s elite in seasons gone by.

However, Jurgen Klopp’s arrival has helped transform them into a team with elite ambitions. The eccentric German is one of the main reasons why they have surprised many to get so far in the competition.

With a lot of supporters desperately yearning for the Reds to win next weekend’s final showpiece, it’s entirely possible they will defeat the defending champions to finally get their hands on the trophy that has eluded their grasp for fourteen years.

#2 Real Madrid are on the verge of making history

If there’s any team that has excelled in European competitions in the last five years, it’s Real Madrid. The Spanish giants have won two consecutive Champions League finals, a record that is currently shared by ten teams in history.

This incredible feat was last achieved by Ariggo Sacchi, when he guided AC Milan to two consecutive victories in 1989 and 1990 respectively.

However, with Madrid entering the final again, there’s a possibility that they could break all records – by becoming the first European side to ever win the Champions League in three consecutive seasons. 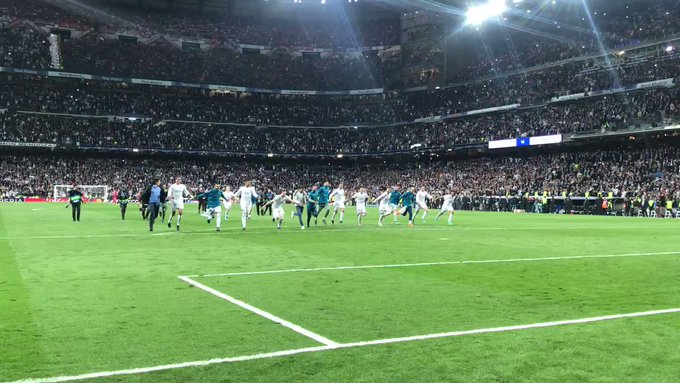 Real Madrid have struggled to find their footing in La Liga this season, but displayed tremendous dedication in European competitions. The team will be playing their fourth final in five years, which only reiterates their position as an elite side – one which can go down in history as one of the most dominant in football history under Zinedine Zidane.

#3 Liverpool have the advantage over Real in Champions League competition

With the two sides squaring off on multiple occasions, the match has never ended in a draw. So if statistical analysis is anything to consider, the Reds hold a slight advantage over Real going into next week’s clash.

Despite this though, the last two meetings have resulted in Real comprehensively beating Liverpool. With that being said, they have strengthened since their previous defeats.

Both teams have played multiple Champions League finals – Real have won 12 of the 15 they have contested, whilst Liverpool have won five from seven.

Considering we are talking about statistics, Jurgen Klopp also shares a tremendous record against Real Madrid. The German has faced the Spanish side six times in his career thus far and has defeated them on three occasions, with two defeats and a draw also on the record.

He was single-handledly responsible for propelling Borussia Dortmund to the Champions League final back in 2013, where they beat Real on the way to their defeat by Bundesliga rivals Bayern at Wembley.

Taking his passion and determination to win into account, there’s no reason why he cannot pull off something incredible in Kyiv. Liverpool’s record in Europe this term has been impressive to say the least, under his guidance.

The side have remained undefeated for most of 2018, and will head to Kyiv with quiet confidence that they can surprise their critics once more.

With 44 goals and 16 assists across all competitions for Liverpool, Mohamed Salah has catapulted his name across the world of football.

The Egyptian forward has been on fire recently and continues to provide a threat to opposition defences too. Considering just how focused he remains ahead of the World Cup, there’s a strong possibility that he could win the Ballon d’Or award this year.

Having netted a stunner against Brighton last weekend, Salah broke the all-time Premier League goalscoring record. With 32 league goals, he is a serious contender to win the accolade for world’s best player alongside Lionel Messi and Cristiano Ronaldo – the latter of which he’ll be up against next week.

He has displayed tremendous character throughout the campaign and if Liverpool manage to do the unthinkable, it could undoubtedly be the start of something beautiful at Anfield.

The victory is pivotal for Salah’s chances of winning the Ballon d’Or but considering just how dominant both Messi and Ronaldo have been, his emergence has brought a breath of fresh air across the football world.