Liverpool will “robustly turn away” any approach from Real Madrid for Mohamed Salah this summer, and they are ready to offer the Egypt international an improved contract to ward off interest, per Dominic King and Pete Jenson for the Daily Mail.

Salah has been in sensational form this season, most recently scoring twice in Liverpool’s 5-2 victory over AS Roma in the Champions League semi-final first leg to take his tally to 43 goals for the campaign. He is reportedly valued at close to £200 million, but even an offer of this size would not convince the Merseyside club to part with the winger.

Back in March, Chris Bascombe for the Telegraph reported that Liverpool expected an approach from Real but would hold firm to deny them, while one of the earliest stories linking the two came from GianlucaDiMarzio.com back in January.

Real plan to make changes to their squad when the season ends, and Salah, on £90,000 per week at Liverpool, is unsurprisingly someone who interests them. But the Egyptian does not have a buyout clause in his contract, and it would be difficult to break up a team Jurgen Klopp is likely to take to the Champions League final this season.

Salah’s debut season at Anfield has been extraordinary. He won the PFA Player of the Year award in recognition of his performances and goal tally, which stands at 31 in the Premier League—just one shy of a record. 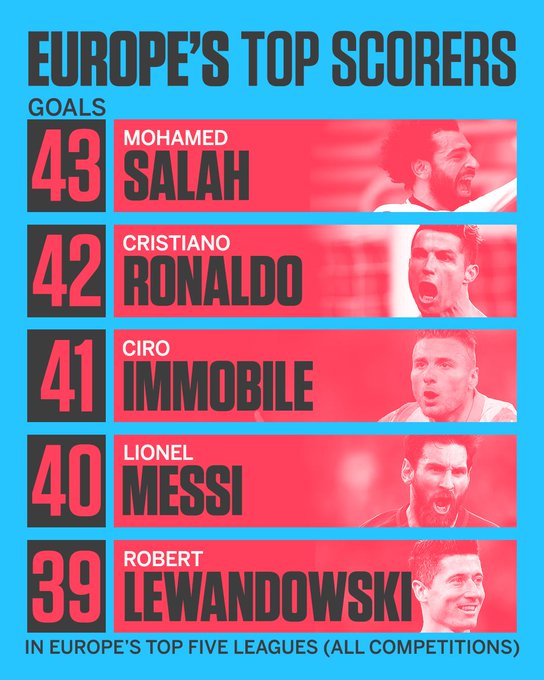 His goals have also helped bring the best out of Roberto Firmino, another player whom Liverpool reportedly hope to tie down to a new and improved contract. The Brazil international has scored 15 goals in the league this season and 10 in the Champions League, including two against Roma on Tuesday night.

Zinedine Zidane’s side have long been interested in Neymar, and pursuing Salah would reportedly “complicate” an approach for the Paris Saint-German star. Neymar has already met with his agent about a move and would like it to happen before the World Cup, per Sport (h/t MailOnline’s Daniel Matthews).

It seems unlikely Real Madrid could afford to bring both Neymar and Salah to the Santiago Bernabeu in the same summer, and since Liverpool intend to hold firm over Salah so soon after Philippe Coutinho left for Barcelona, fans on Merseyside can rest easy for now.

2019: Those asking Buhari not to run mean well – northern leader